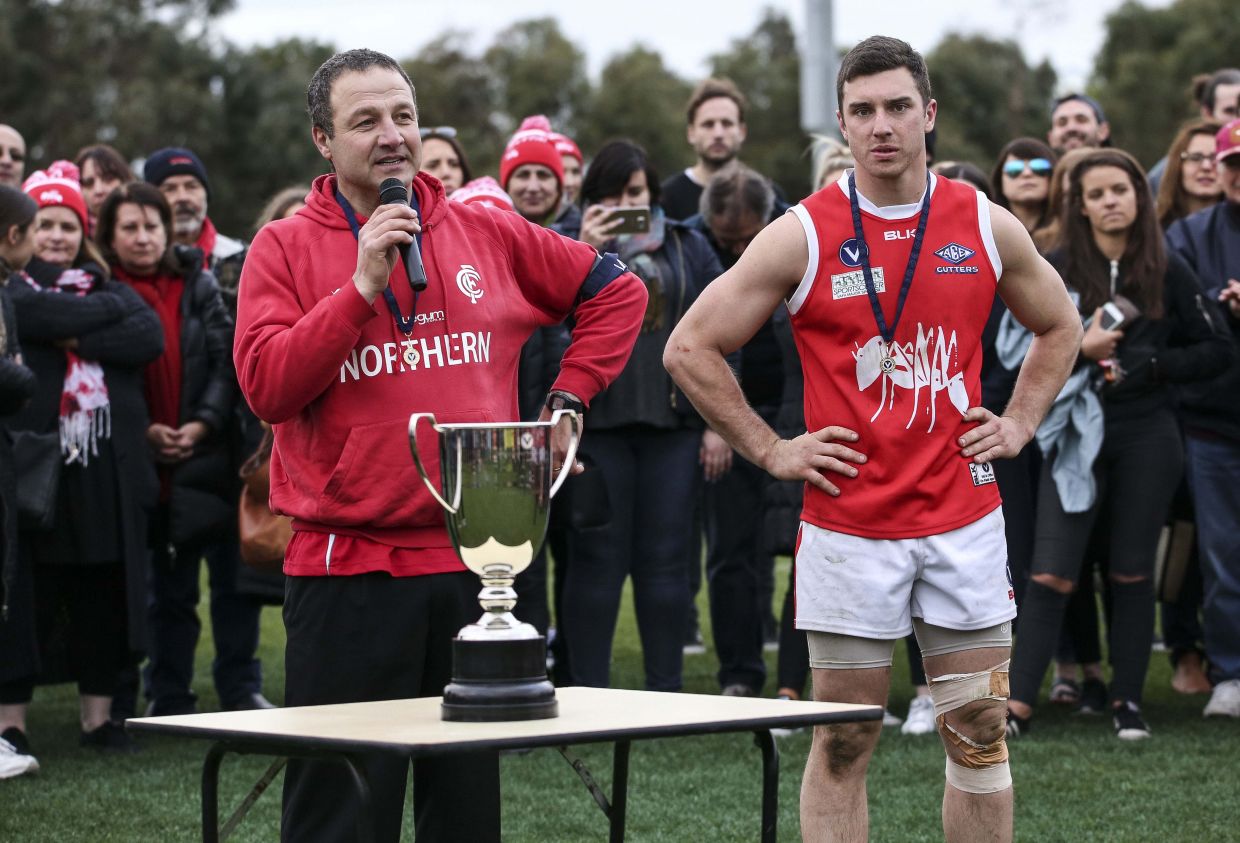 The VAFA held its annual AGM Dinner as a final celebration of the 2016 season at the Melbourne Cricket Ground’s Harrison Room on Monday night.

Hosted by Football Operations Manager, Sam Confait, the night offered deserved recognition to a number of VAFA community members for their outstanding contribution throughout the year.

Nathan Brown, George Wakim, Tom Purcell and James Kennedy were named the 2016 Coaches of the Year for their outstanding efforts at the helm of their respective teams. Each recipient gave an impassioned speech, with Brown paying homage to his OM’s players for their commitment in the club’s first year back in William Buck Premier.

Marcellin trainer, Bayden Campbell, received the Club Warehouse Trainer of the Year award after a testing season in which four ambulances were called in the first three Marcellin games. Coincidentally, Campbell’s partner, Jo Foo, received the same award last year for her role at Monash Blues.

Each umpire voted at the end of each match throughout the season and North Brunswick were named the competition’s most discipline club, while Caulfield Grammarians was awarded the Winning Edge Club Championship Award after they took out both Under 19 Section 2 and Premier C Thirds flags alongside the minor premierships in both Premier C Seniors and Reserves.