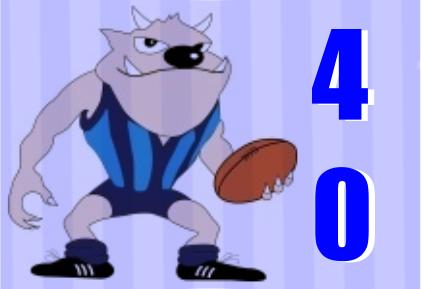 A happy fortieth to the Animals!
The club originated in 1971 as Our Lady’s Wattle Park Football Club. With the nearby St Leo’s College providing plenty of recruits, the club was renamed in 1978 to St Leo’s Wattle Park United Football Club.
For much of the first 20 years, the Club played in the Eastern Suburban Churches Football Association (ESCFA). In that competition, it climbed the grades winning Senior Premierships in 1971, 1973, 1978, 1979, 1983, as well as the A Grade Premiership in 1987.
The club officially joined the ranks of the Victorian Amateur Football Association (VAFA) in 1992. Following the closure of St Leo’s College in 1994, the Club became affiliated with Emmaus College and in 2004, was officially renamed Emmaus St Leo’s Old Collegians Football Club.
To date in the VAFA, the Club has won Senior Premierships in 1992, 1995 and 2002, as well as Under 19 Premierships in 2000 and 2005. Based at Bennettswood Reserve, next door to Deakin University in Burwood, the club today has Seniors, Reserves and Under 19 teams and its affiliate junior club has Under 10, Under 11 and Under 12 teams.
If you are a past player or supporter, this weekend is a great time to get down to help celebrate this big birthday.