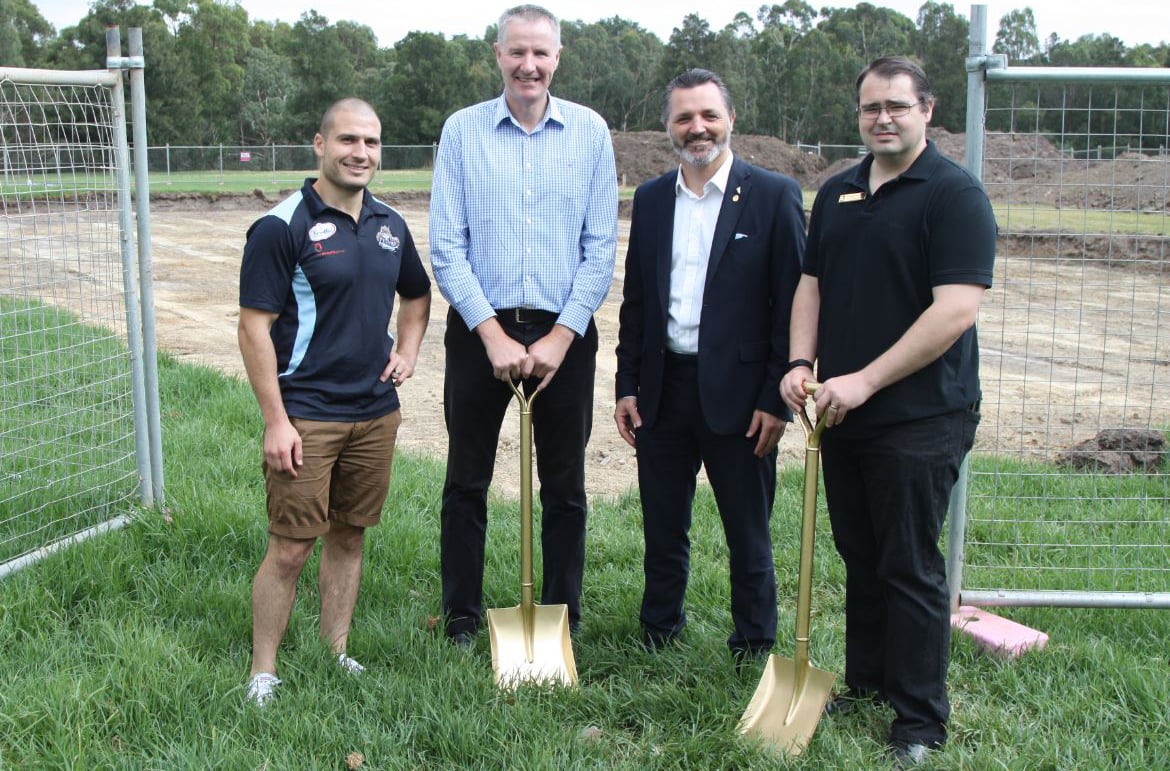 Emmaus St Leo’s OCFC marked a major milestone in the Club’s development over the weekend with the turning of the first sod in the $3.8 million redevelopment of its home ground, Bennettswood Reserve.

It’s been a long and drawn out journey for the Club to get to this point, but with the help of local State Member Graham Watt and Whitehorse Councillor Andrew Davenport, the project is now a reality and underway.

“There has been a lot of work go into this by many at our Club over a long period,” President Nathan Baranello said.

“But come season 2018, we are set to help the City of Whitehorse cut the ribbon to open what will be a fantastic facility for our Club and the local community,” he said.

The Animals are set to compete in Division 2 for the second year in a row after earning promotion on the back of a Division 3 grand final appearance in 2015.