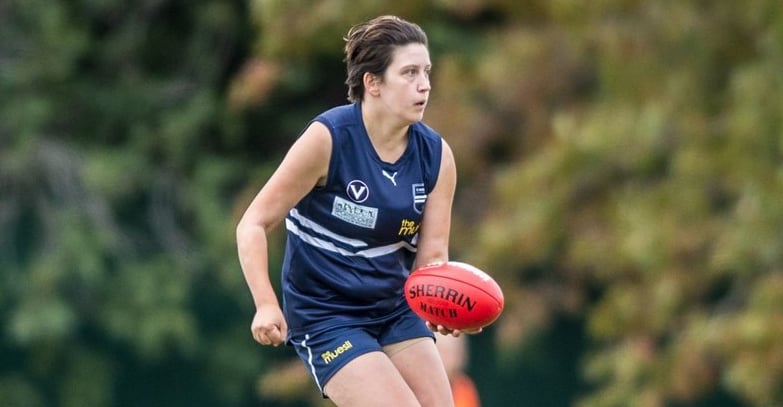 Congratulations to Caulfield Grammarians midfielder Amelia Hines who has been named the Round 3 Anytime Fitness Rising Star after her starring role for the Fields against Old Xaverians on the weekend.

“Amelia, otherwise known as “Beans”, first played football at Caulfield Grammar in her last year of school in 2017. After a stint at CGS’s Yarra Junction Campus in 2018, she returned to Melbourne later that same year where she put in a big pre-season; the benefits of which are now apparent.

She loves team sports and the physicality of footy appealed to her. Amelia plays like Brisbane Lions midfielder Jess Wuetschner, as she reads the play well and brings other players into the game. She is deceptively quick, has a penetrating kick and has good hands.

Beans is invariably first to training and she trains as she plays. She is a friendly and easy going team mate who always makes an effort to ensure new players are welcome. Still giving back to CGS, Milly has taken on an assistant coaching role for the girls middle school football teams.”