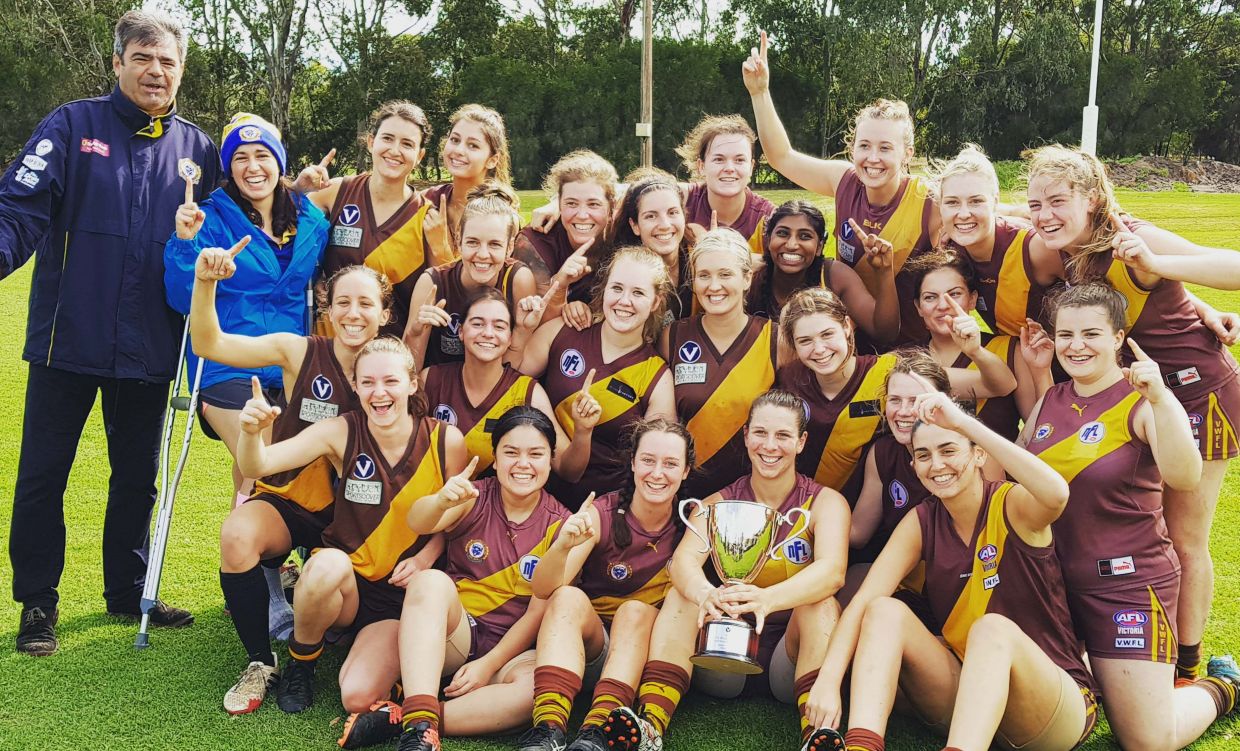 Kew (2) will enter their first year of VAFA Wilson Women’s full of confidence after they were crowned Lightning Premiership champions with a two-goal victory over Scotch Stars at Keysborough Playing Fields.

Trailing by two points at the halftime interval, the Bears rallied in the final 15 minutes with goals to Ash Bruce and Roisin Lambert while keeping the Stars scoreless.

Danielle Calautti, Lauren Grant and Georgia Markl joined Bruce and Lambert as the Bears’ best in the decider after the team finished second following the three round robin matches.

The Stars were outstanding across the entire day, with their three victories helping them to the minor premiership and a percentage of 1550%. Despite the narrow loss, Bek Comand was sensational in defence, while skipper Anna Hayes, Anna Peers-Barlow and Jess Joyce impressed.

The undefeated MCC finished third after the round robin stage but were unlucky to miss the final on percentage.

The VAFA congratulates Kew (2) on their victory and looks forward to another day of Lightning Premiership action tomorrow.