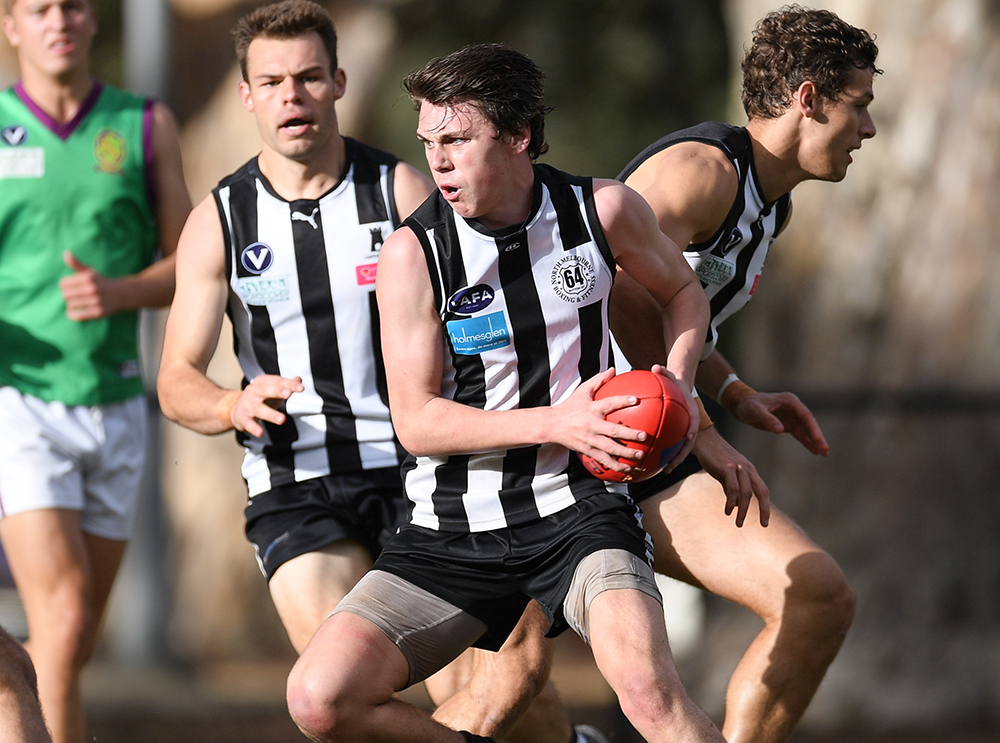 Big scores the order of the Div 2 day

Big scores certainly were the order of the day in Round 2 – a far cry from Round 1 results. Big wins to the Gryphons, the Unicorns, the Bloods and the Hoers sets up a few mouth-watering encounters in the coming weeks, while the Bushrangers, OP’s, Bullants and the House will certainly be reviewing madly in preparation for Round 3.

A solid opening term by both teams saw the Gryphons, while having more scoring shots, hold a small advantage at the first break. After that it was all one-way traffic. 13 goals to 1 in the remaining three quarters certainly stamped the Gryphons as one of the main contenders in 2021. For the Bushrangers Falkingham and Fleming can hold their heads high, while for the visitors Dennis, Erwin-Ross, the Bass brothers and Drenth with 3 goals stood out.

OP’s started well against a strong and experienced Unicorns outfit, however were unable to match the Unicorns around the ground and on the scoreboard in the remaining three quarters – while the boys from Bundoora booted 7 majors, the Unicorns at home and in control added 15 goals in the last three quarters to win convincingly. Wijayakumara with 6, along with Hanly and J.Tran 5 each were the standouts with Danks voted the Unicorns best. For the vanquished Mahony, Brock and Cafairi with 2 goals were strong contributors.

Nick Mitchell’s Westies turned around their Round 1 disappointment and bounced back at home to the Cobras. A five-goal opening term paved the way for the Magpies as they held the Cobras at an arm’s length before kicking away with four goals to one in the final term. Sawaya led all scorers with four goals for the Westies while teammate Lee Stringer was named best afield. Cobras stalwart Anthony Raso booted three of his own.

The Bloods roared back into town with a convincing four quarter performance against the Bullants at Ted Ajani. A stinging 6 goal opening term followed by a 12 goal third term signalled to the rest of D2 that the Bloods loss last week was only a blip. Aver with 10 goals was BOG, with Grech and Foster also prominent for the winners. For the Bullants veteran Florance with 3 of his teams 5 goals stood up along with Fraumano & Parris.

The Hoers built on last week’s thriller with a commanding 95 point victory to signal to the competition that their Round 1 win was no fluke. After an even first quarter the Hoers put the foot down and ran all over the House. Close cashed in with 6 majors, following the good work of Schultz and Course around the ground. 14 goals to 2 after quarter time a significant effort from the Hoers. For the House Halloran was in everything and Circosta with 2 of their 4 goals a strong contributor.