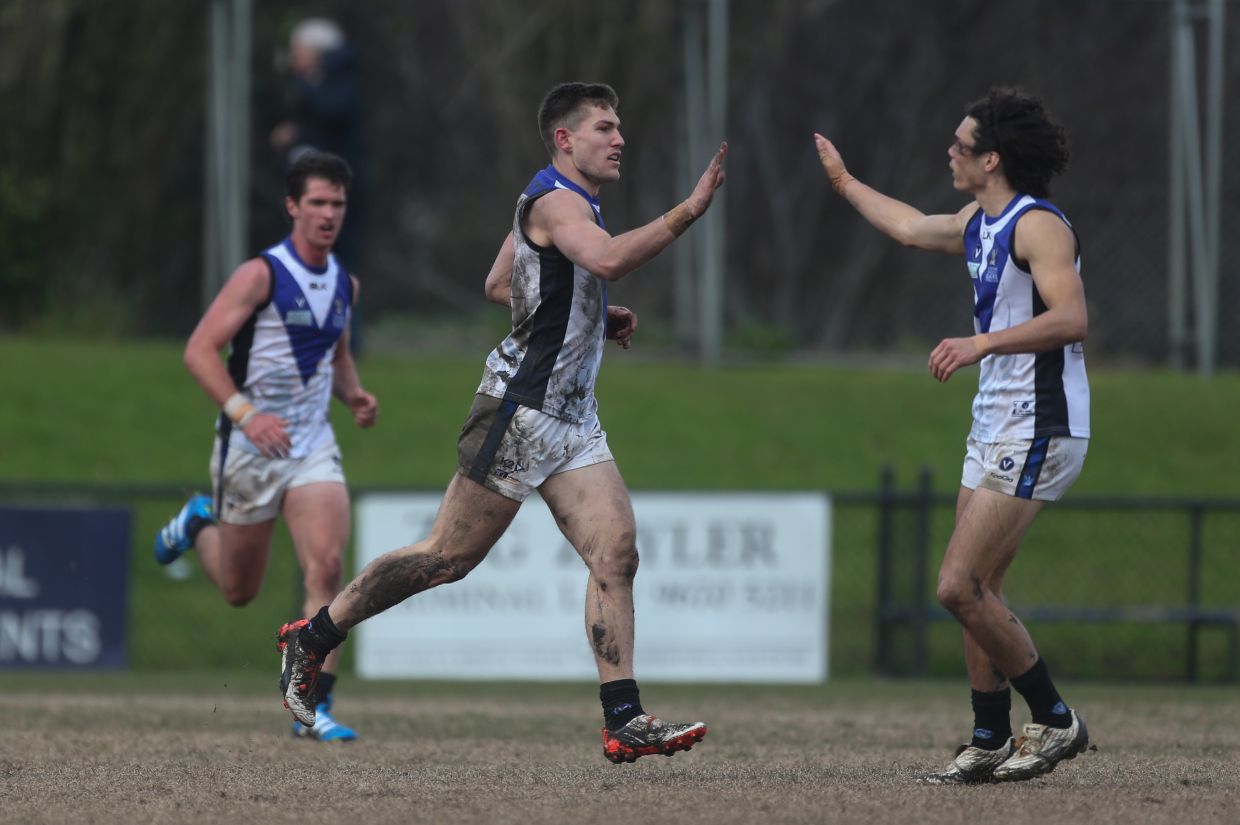 Collegians turned up in the penultimate match of the year looking to stave off relegation and could not have been more emphatic as they powered over Old Carey by 107 points at Carey Sports Complex. Seven goals to one in the first term put the Panthers on the back foot from the outset as Lions’ forward Matt Singleton sent through three of his four goals. While the young Panthers toiled away, they were no match for the new-look offensive Lions as they registered 16 scoring shots to 43. Will Johnson led from the front up forward for the Lions with seven majors, while Courtney Hylton and Will Tardif manufactured most of the play through the midfield. Cameron Jones was, once again, outstanding for the Panthers with three goals.

Old Trinity’s hot form continued as they accounted for St Kevin’s to the tune of 28 points at Daley Oval. After going goalless in the first term, the T’s piled on 12 goals over the next two quarters and put the result beyond doubt by three quarter time. Seb Nicolosi’s successful return over the past two weeks has yielded eight goals after he snagged another four, while Jack Hunt notched another best-on-ground. James Strauss fought valiantly for SKOB, as did Tim Bourke who recorded two goals. The win puts the T’s in the box seat to gain the double chance as they climb to top spot.

Old Xaverians made it eight from their past eight and stormed into second position on the ladder following their 43-point victory against University Blues at Ransford Oval. Matt Handley was unstoppable forward of centre as he bagged five majors, while Nick Serafini and Caydn Beetham dominated around the ground. George Cameron and Cam Williams did their utmost for the Blues, who now fall from first to third.

De La Salle’s finals aspirations ended in dramatic fashion as they fell to Old Melburnians by four points at Sportscover Arena. Trailing by 11 points at three quarter time, De La piled on 6.1 to 5.0 but fell agonisingly short when the final siren sounded. Tom Paule was sensational for OMs as he ran riot in a best-on-ground performance and Justin De Steiger top-scored with three goals. Xavier Murphy was strong for de La and named their best contributor alongside Matt Fieldsend and Brendan Close. The loss means De La’s chances of regaining a top four spot are over as they fall two games behind the Blacks.

University Blacks booked a spot in the final four and, at the same time, ended St Bernard’s dreams of staying in William Buck Premier as they ran out 10-point winners at the Snakepit. Trailing by 32 points at the last break, the Snow Dogs battled bravely for seven goals in the fourth but couldn’t quite reign in their opponents as they registered another three. Lochy Dornauf top-scored with three goals for the Blacks, while Brent Sheahan, Charlie Richardson and Hugh Curnow continued their standout form. Adam Bentick and Tom Sullivan led the Snow Dogs’ fight back alongside the ever-reliable Tom Caven.