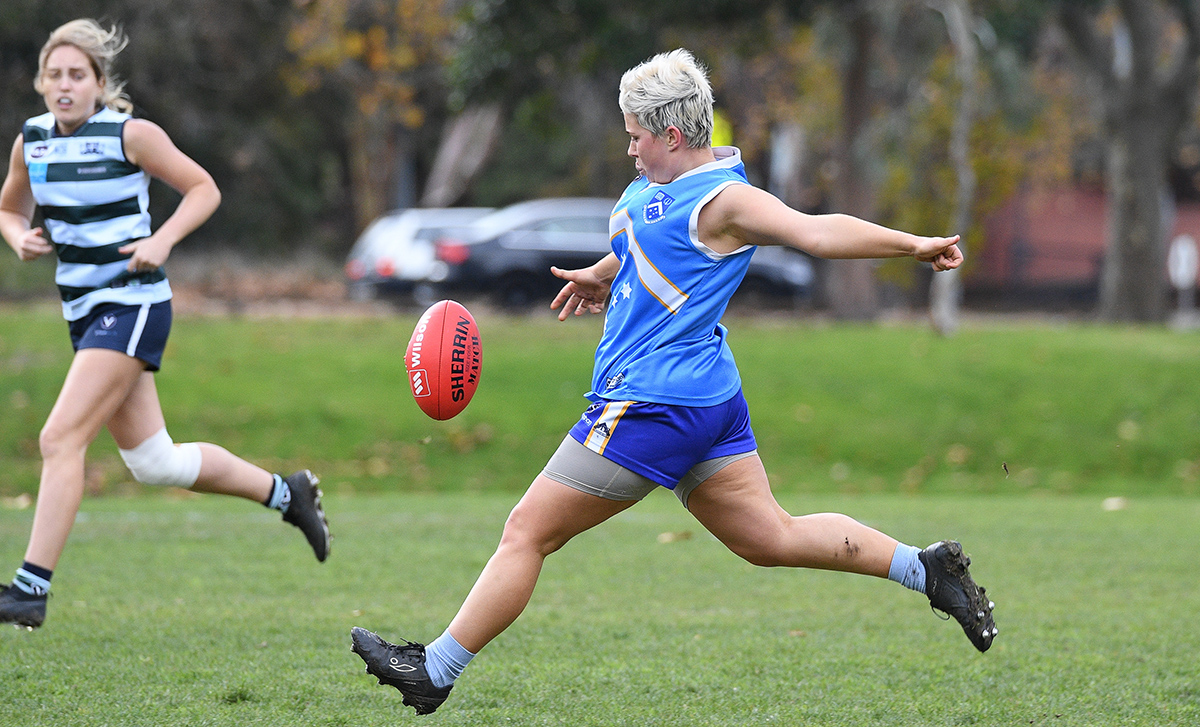 Monash Blues registered a solid 18-point victory over Old Geelong at Como Park. Monash Blues opened the scoring in the second term after a goalless opening stanza. The goal scorers for Monash Blues were Hannah O’Brien, Xanthea Dewez, Ella Stephenson and Coco Bayly-Jones. Old Geelong’s accuracy in front of goal let them down as they kicked nine behinds for the entire match and were kept goalless. Monash Blues sit first on the Premier B ladder while the Oggettes are last.

St Bedes/Mentone Tigers proved too strong in a tight tussle at Brindisi St Oval, defeating Collegians by just five points. Scoring was hard to come by with the first two goals in the match slotted in the third term when Jessie Wong chipped in with two majors. It was only in the final term that Collegians were able to get on board with their first goal via Emmy Buckley. With the win, St Bedes/Mentone Tigers are now within a game of Collegians in fifth and sixth spot on the ladder.