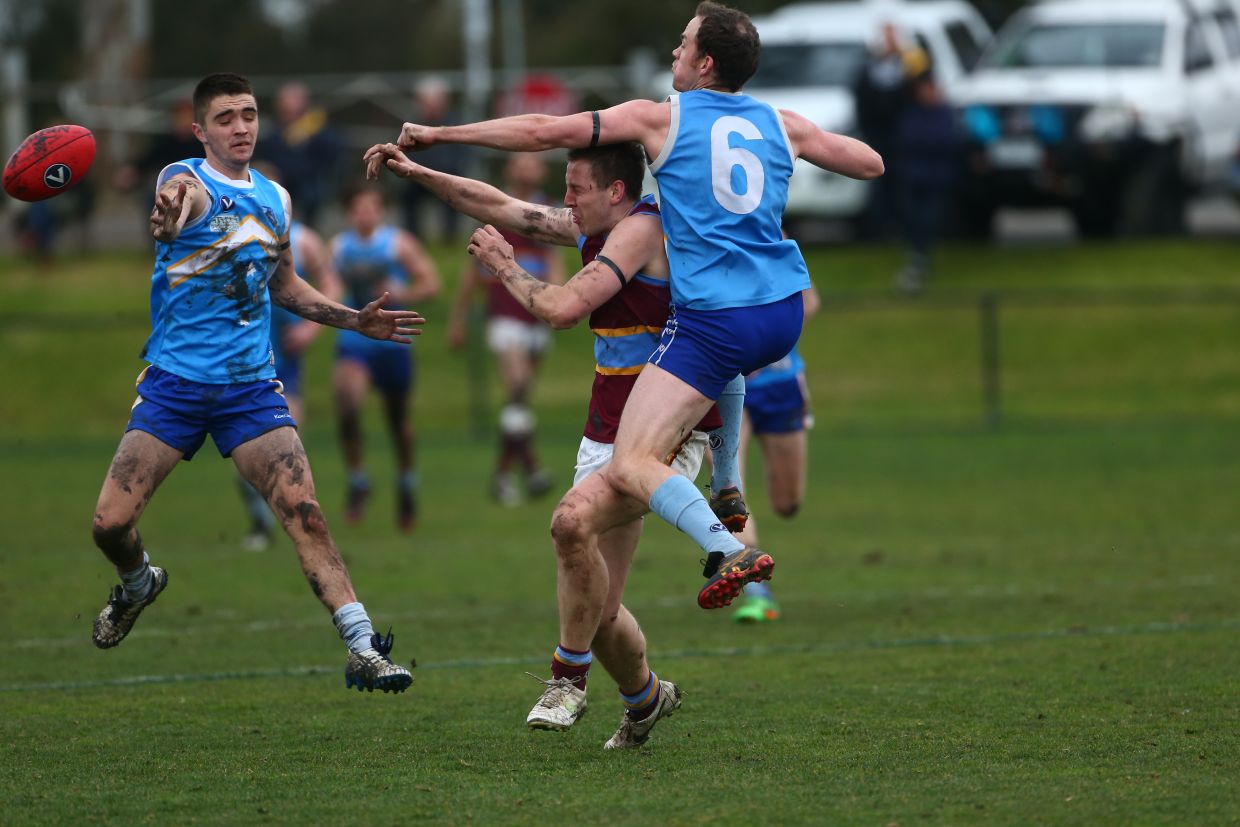 Monash Blues will take a well-earned week’s break after they booked themselves a Premier C grand final appearance with a 38-point victory against Marcellin at Casey Fields this afternoon. A dominant first half set the scene for the Blues’ win, with 10 goals kicked while keeping the Eagles to just three in that time. Both teams struggled to break the game open in the final two quarters with just five goals scored due to the hard-fought nature of the qualifying final. Gareth Taylor was awarded best-on-ground honours for the Blues, with two goals in a heroic display of VAFA football. The Eagles will now wait with baited breath for the result of tomorrow’s elimination final between Old Ivanhoe and Old Haileybury to establish their opponent in next week’s preliminary final, while the Blues will relax – albeit only slightly – knowing they’ll be running around in Premier B in 2016.

Old Haileybury kept their chances of a promotion to Premier B alive after they defeated Old Ivanhoe by 95 points at Casey Fields this afternoon. In what panned out to be a dominant display of Bloods football, Haileybury kept the Hoes to just three scoring shots for the entire match, while hitting the scoreboard on 38 separate occasions themselves. Leading by just seven points at the first break, the Bloods took the initiative and booted 13 of the next 14 goals to run out the match. Nathan Waite and Jordan Donnelly led from the front for the Bloods, combining for six of their side’s 14 goals. The Hoes were one of the most dominant Premier C sides throughout the season, winning 13 of their 18 matches and finishing the home and away season in third position on the ladder.