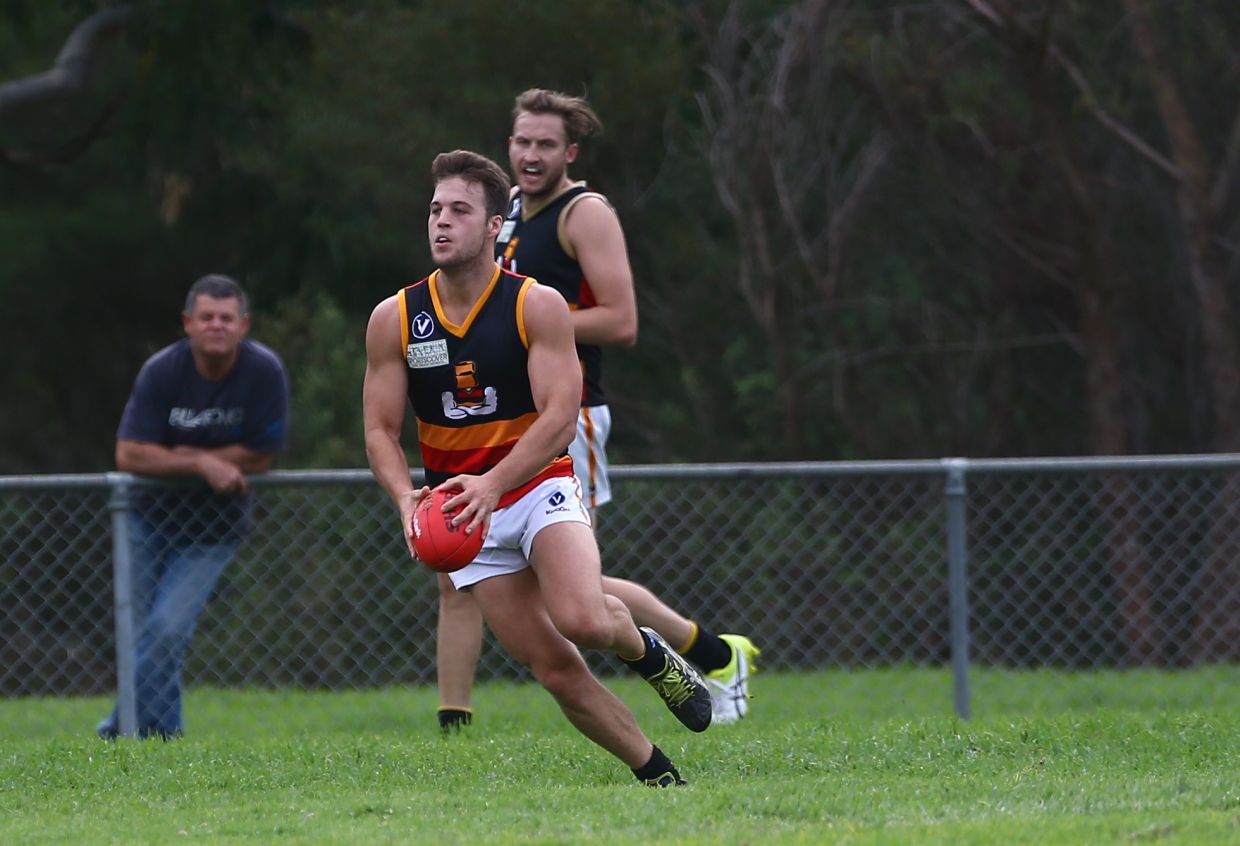 Bring it on in Division 2

It was an eventful round in Division 2, as there were three back and forth affairs and one side at the end of a demoralising smashing to pile onto of an average season.

At Bennettswood Sports Ground, Richmond Central’s horror season has continued as they were inflicted with a 148-point defeat at the hands of Emmaus St Leos. Emmaus St Leos started extremely quickly as they jumped out to a 65-point lead after 10.5 to 0.0 in the first quarter. The Animals made sure by half time that the game was as good as over, with the lead sitting at 110 points despite finally allowing the Snakes to score. Richmond Central came out after half time and finally added multiple goals in a quarter for the first time in the game with two, but another five goals from Emmaus St Leos pushed the margin out to 135 points. The final quarter was the tightest as Richmond Central only allowed the Animals to extend the margin by 13 points in the final quarter to eventually go down by 148 points. Daniel Hill and Christopher Beluszar combined for 16 goals of the Animals with eight apiece, with Beluszar being their best on ground. Joshua Sharp battled hard for the Snakes with Steven Bugeja kicking three majors.

In the second match up between Eltham Collegians and Bulleen/Templestowe, the Turtles this time were able to maintain their lead throughout as they defeated the Bullants by 20 points at Eltham College. Eltham Collegians started the quicker of the two sides as six goals to one gave them a 31-point quarter time lead. The awoke Bulleen/Templestowe as they dominated the scoreboard, but mainly through behinds as their 3.10 for the quarter to the Turtles 1.2 allowed the home side to lead at the major break by 11 points. The third quarter would be back and forth as both sides added four goals as the Eltham Collegians lead was reduced to nine points. This would be as close as the Bullants would get and four more goals to one in the advantage of the Turtles gave them a revenge victory. Bryan Galvan was the best of the Turtles in the victory with Ben Gill kicking another bag of five. Rob Edsall was the Bullants best with Anthony Lucisano kicking three majors for the losing side.

St Johns OC got back on the winners list in unconvincing fashion as they defeated the inform MHSOB by nine points at Thomas Carroll Reserve. In the low scoring first quarter, MHSOB got the only goal of the quarter and held the JOC’s to five behinds as they led by three points at quarter time. The Unicorns continued to control the scoreboard as three goals to one as the lead pushed out to 14 points that the half time break. This awoke St Johns who were staring down the barrel of back to back losses, and they added five goals to MHSOB two to take an eight-point lead into the final quarter. It remained tight in the final quarter as two goals each allow the JOC’s to hold on for the nine-point victory. Daniel Cattolico was St Johns OC best with Aaron Thornton and Matthew Nicholson kicking two goals each. Despite being on the losing end, Kane Smith was the dominant forward on the ground with five goals and Andrew Villani was their best.

At W R Ruthven Reserve, the Preston Bullants could not overcome a slow start as West Brunswick claimed a 15-point victory. The Magpies opened up a very strong 29-point lead over the Bullants at quarter time on the back of a six goal to one first quarter. Preston would win the second quarter as they kicked four goals to West Brunswick as they margin sat at 26 points at the half. The Bullants kept their momentum in the third quarter as four goals to two bought the West Brunswick margin back to a manageable 10 points. But the Magpies defence stayed strong as they only allowed two goals from the Preston Bullants and kicked three of their own to claim the victory and to claim second place on the ladder. Evan Lloyd was dominant for West Brunswick as Zac Tisdale was again their leading goal kicker with four goals. Jake Powell, Sean Calcedo and Kent Beaumont all added two goals for the Bullants and Dean Calcedo was their best.

Bulleen/Templestowe. Richmond Central returns to Kevin Bartlett Reserve still chasing their first win as they play second placed West Brunswick. It has been a while between wins for Bulleen/Templestowe and they face MHSOB at Ted Ajani Reserve, who are also fresh off a loss to St Johns OC. Coming off their largest win of the season, Emmaus St Leos travel down to Thomas Carroll Reserve to face top of the table St Johns OC, who are chasing an improved performance after two below par weeks. This leaves Preston with the bye and two weeks in a row off.

Preston Bullants has the bye