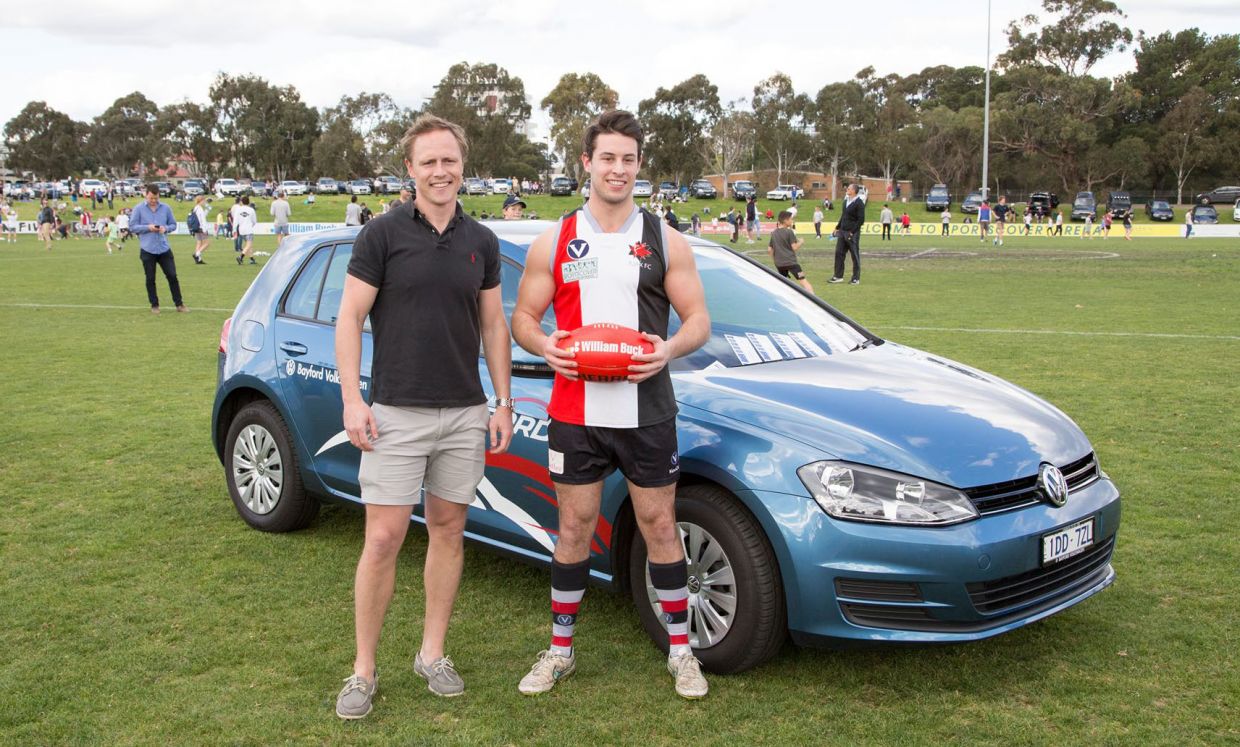 AJAX star Adam Caplan can kick a deep ball. So much so, he launched a 50m drop punt into the back of a Bayford Volkswagen Amarok at half time of the Premier B grand final between St Kevin’s and Old Melburnians, winning his club a brand new Volkswagen Golf for his efforts.

Thanks to VAFA official automotive partner, Bayford Group, three members of the VAFA community had the chance to win the $25,000 Volkswagen Golf via a season-long competition where the club who sold the most cars through local Bayford dealerships via referrals would get the chance to partake in the ‘Kick for a Car’ competition.

At the conclusion of the home and away fixture, it was announced AJAX (three kicks), Prahran Assumption (two) and Canterbury (one) were the top three clubs and would get the chance to kick for a car.

Caught on VAFA TV (see above), Caplan unloaded his second kick the full 50m into a ‘slight’ Elsternwick headwind and landed it in the back of the Amarok, causing the already vocal crowd to erupt.

“I actually thought the first one was going in,” Caplan said.

“So for the second I kicked it further, stretched the hammy a bit and notched the win.”

Caplan believes winning the ‘Kick for a Car’ competition improved his status around the club slightly, if only for a short period of time.

“The celebrity status lasted a few days and then it’s quietened down but hopefully in the next few days it’ll pick up again if they show it on ‘The Footy Show’,” he said.

Asked whether he thought the new-found celebrity could pose romance in his life, Caplan said he was already attracting attention on the back of the competition.

“I went to the local café on Sunday morning and the first person who recognised me (because of the kick) was the male barista. So you know, that’s about it.”

Bayford Group is a fantastic sponsor of the VAFA and all VAFA clubs without an exclusive automotive sponsor.  If you are in the market for a new, demo or used car check out www.bayford.com.au or call our designated contact, Matthew Taylor at 0499 996 665.