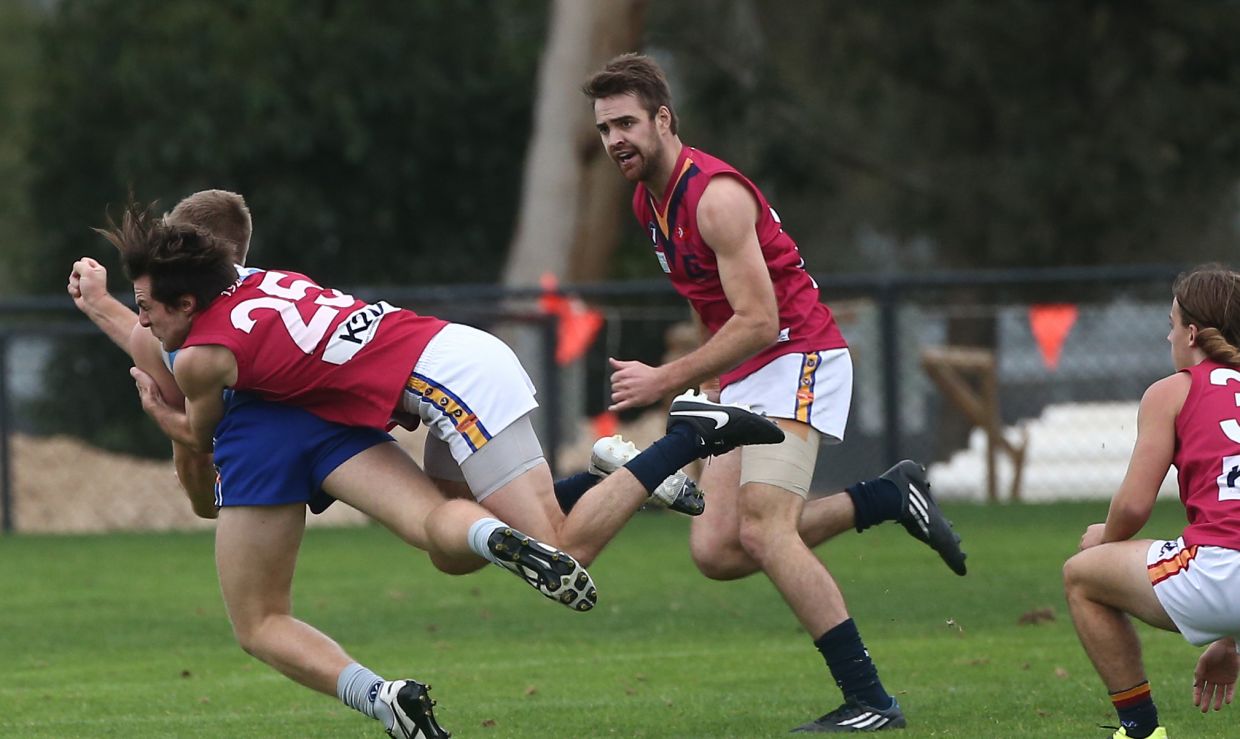 Cardinals go one step closer to Premier B glory

Old Scotch will meet Beaumaris in next week’s Premier B preliminary final after they held on to defeat Monash Blues by seven points at Trevor Barker Oval.

Leading by two goals at three quarter time, the Cardinals could not shake the valiant Blues as they fought until the final siren. However, despite outscoring the Cardinals 3.3 to 2.4 in the last term, it was not enough as Gene Van Den Broek and Alex Van Ryn controlled a lot of the play.

Jonathan Daggian and Maxwell Van Den Broek kicked two goals each for the Cardinals in the low-scoring affair, while Nicholas McConville (two) and Keegan Mason continued their outstanding form for the Blues.

The Cardinals will now clash with the Sharks for a place in the Premier B decider against St Bedes/Mentone Tigers.