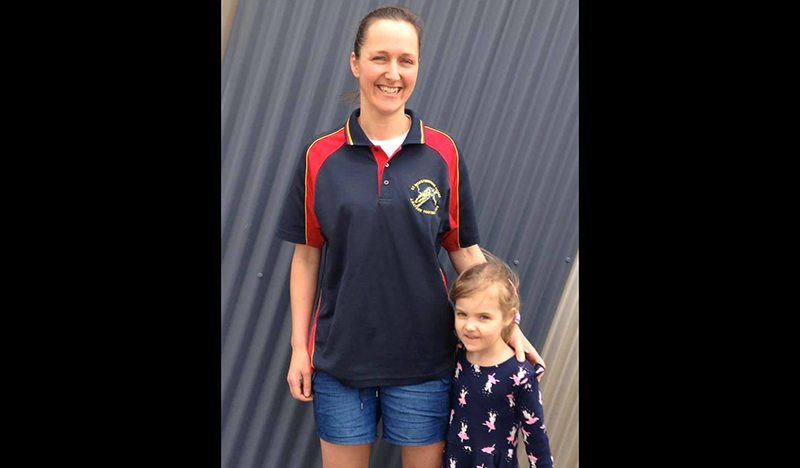 During the month of July, the VAFA will be acknowledging female coaches throughout our competition as part of the AFL’s Women’s Coaching Month.

The growth of women & girls’ participation in football has been significant over the last ten years, with 2021 being no exception. We have already surpassed our highest ever registered female community football participants this year, and for the first time tipped over the 70,000 mark.

Whilst the growth of Women & Girls’ participation has been strong, the same growth has not been seen in women coaching, with less than 10% of coaches nationally.

So, what better time to encourage more females to take up coaching than a whole month dedicated to those who are paving the way for future generations!

We’re kickstarting our campaign by heading down the Nepean Highway to St Bedes/Mentone Tigers and getting to know two of their women’s coaches, Belinda Ousley and Bek Dee.

When did you started coaching?

With nobody else volunteering, I said yes to coach a new women’s team at Altona Football Club in 2012 and 2013. I had coached in other sports but being an inexperienced head coach in a new team was a huge challenge.

What do you love about it?

I love how engaged female players are. They’ve often had so little interest shown in their football journeys and their experiences with being coached vary greatly. I love how they listen; they apply themselves and they make it all fun. I love seeing players be their best selves on and off the field.

What do you want to achieve?

I just want to play a small part in building the game so that every person who wants to be involved in footy can find their place. From players to umpires to volunteers, everyone should feel included and valued by their peers and clubs. As a mum to a 5yo daughter, I also hope her generation sees footy like any other sport – a safe and fun option for having fun and being active.

Any highlights that you have experienced this season?

Last week (Rd 10) was our first game back after another lockdown. As a paramedic it’s been a very stressful time and footy is usually my antidote to work stress, and I really missed footy this time around. As a group I think we really appreciated running around with mates, having a kick and being free. It was the perfect reminder that the sport is so enjoyable for many reasons and, although we won, success did not dictate our level of enjoyment.

I’m also a playing assistant coach with the inaugural Port Melbourne VFLW team. As a lifelong Borough supporter, it’s been great to be a part of and St Bede’s has been so supportive of me juggling involvement with both clubs.

I want to see more women and girls being approached to undertake coaching. Women often lack confidence to coach, citing lack of experience or knowledge. By supporting women to build their knowledge base and develop their technical and leadership skills, their confidence will grow, and they can become effective coaches and role models.

When did you start coaching?

I started coaching in 2017 under the guidance of Brad Berry. I was a little reluctant at first because I’d only played one year of footy, but I ended up coaching U16 girls to a grand final that year!

What do you love about it?

I love seeing my girls achieve things they never thought they could. Football is such an inclusive sport, and it allows people of all ages and abilities to have a go. I love I can be a role model to girls and women and hopefully make a difference in their lives, no matter how big or small the impact.

What do you want to achieve? VFL/AFLW coach

Any highlights that you have experienced this season?

Seeing my girls get their first win after a few weeks of losses, finally getting to seek them gel and grow as a team. Watching girls that I have coached play AFLW/VFLW (I am very proud of them!) This year I have started coaching with St Kilda FC coaching in their Next Gen academy, this has been a huge learning opportunity for me.

I would like to see more females coaching females while continuing to learn from the greats of them game before us.