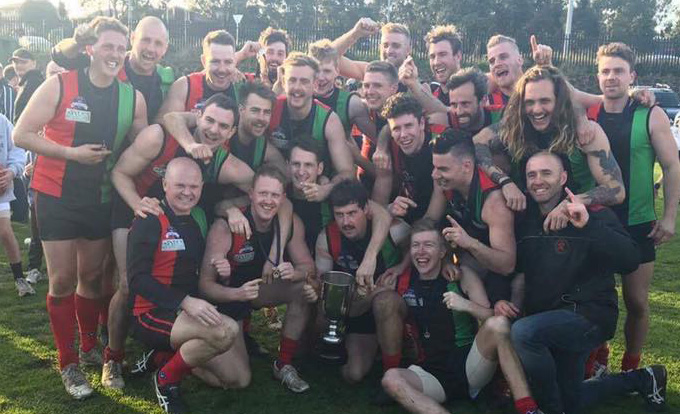 Since 1987, Aquinas Old Collegians Football Club have been a proud member of the VAFA. Their inaugural year in the competition netted them the club’s third premiership after they came across from the Eastern Suburbs Churches Football Association where they had been since 1981, winning back-to-back titles in 1983/1984. The club has endured multiple relegations, heart-breaking finals losses, personnel changes and a 21-year premiership drought before standing on the dais once again in 2017.

Hear all about the history of the club from Sean O’Loughlin and Peter Wright who have been there since day 1, Andy Whelan, who is 1 of only 2 players to win 4 senior premierships with the Bloods, plus current senior coach Ash Naulty and captain of the women’s side Taylor Leslie!