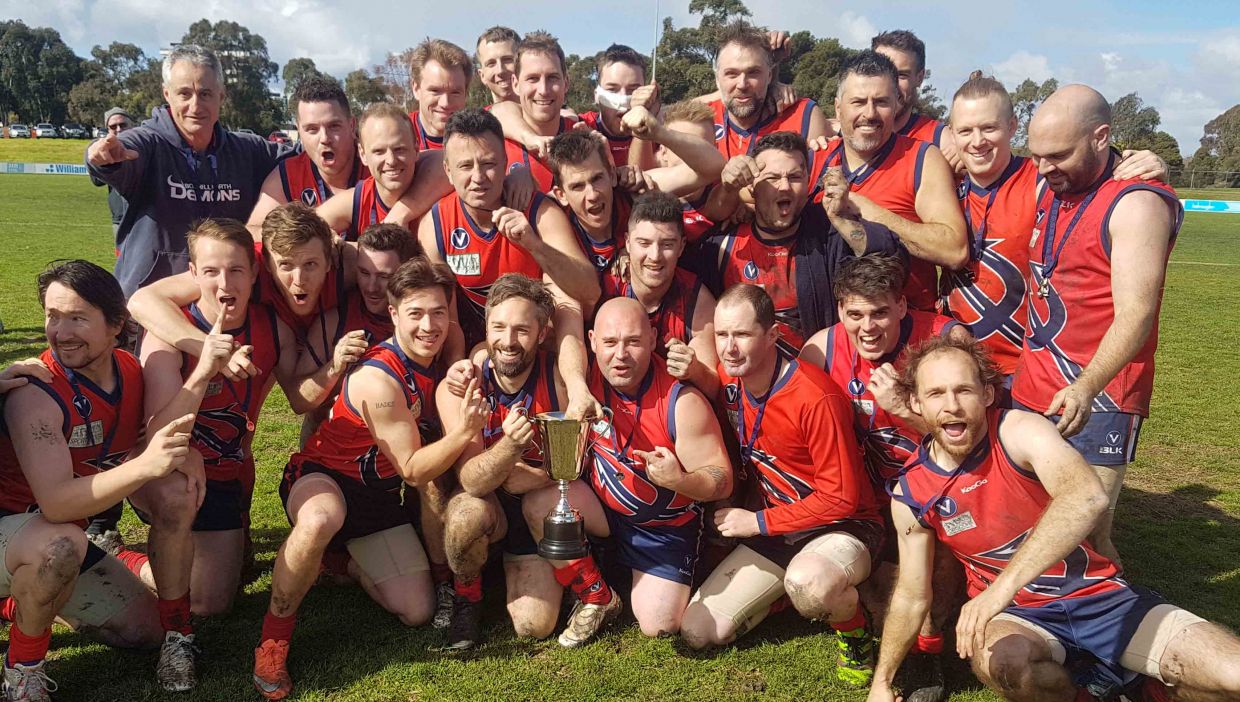 Old Xaverians claimed the 2017 Club XVIII Section 1 flag after they defeated South Mornington by 47 points at Sprotscover Arena. Led by a best-on-ground performance and five goals from King/Landrigan Medallist, Alastair Wood, the Crocs exploded in the fourth term with nine unanswered goals after leading by just six points at the last break. Matthew Walsh and Tim Trahair impressed across the four quarters, while Harry Healey kicked two goals before his game ended with an injured shoulder. Adding to the Crocs’ celebrations is the fact David Landrigan kicked three goals in his 300th match – the first Xav to reach the milestone. The Tigers were outstanding for the first three quarters but unable to curb the onslaught despite the wind having died down significantly in the final term. The Tigers came from third spot on the ladder at the conclusion of the home and away season with two incredible victories against Prahran Assumption and Hawthorn AFC.

Earlier in the day, Box Hill North capped off a sensational season with the Club XVIII Section 2 premiership, defeating Chadstone by 57 points. Despite kicking an inaccurate 9.21, the Demons proved too strong across the course of the match as they won every quarter except the third when the Synners kicked two goals to one. Daniel Penny top-scored for the Demons with three goals while Brenton Odza kicked two. Leon Desmond received the best-on-ground medallion from the officiating umpires for his standout performance, kicking a goal and stepping up when the game was in the balance. Both sides entered Club XVIII from Division 4 in 2016 and finished one and two after the home and away season.