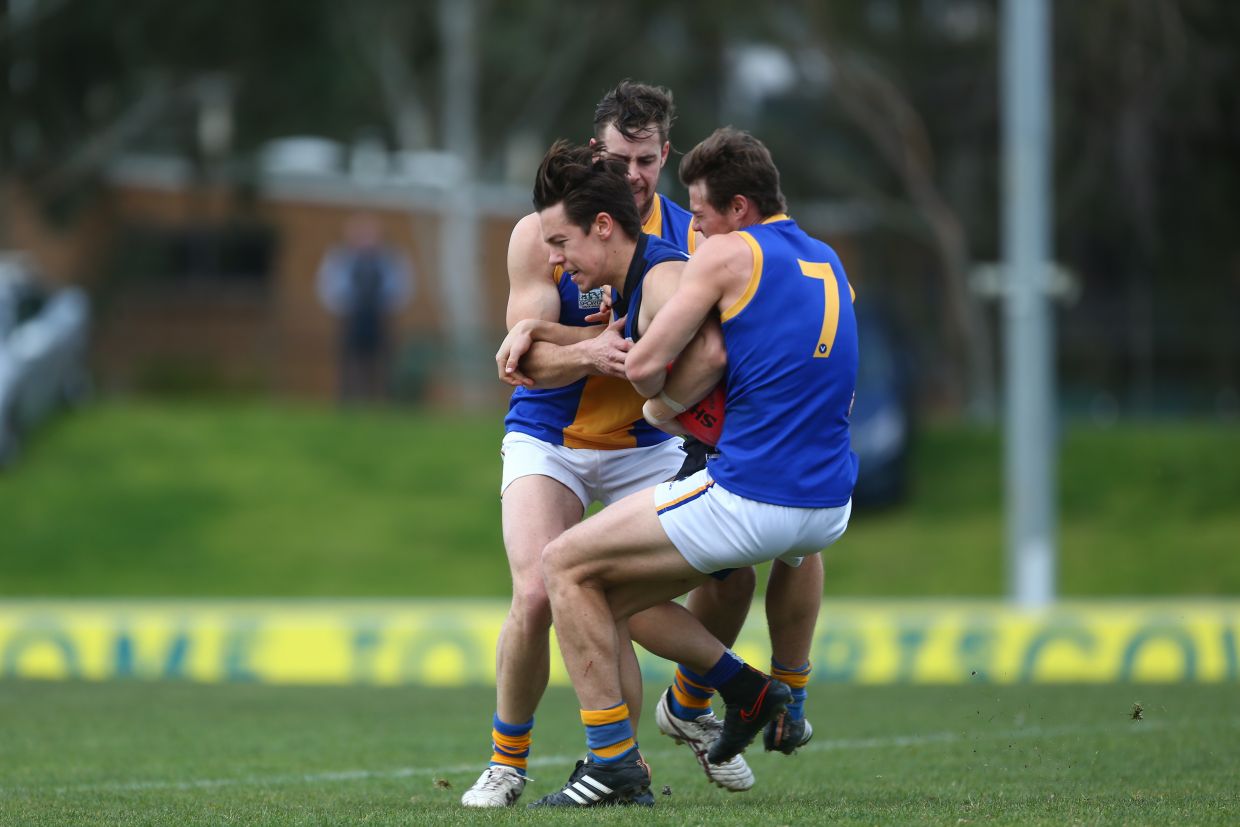 De La Salle held on to defeat University Blues by two points in a match fit for two top four William Buck Premier units at Waverly Oval. Today’s newspaper scores indicate the Blues overran De La in the fourth; however, scores were entered incorrectly and should read DLS 12.12.84 vs Blues 12.10.82.

Trailing by 12 points at the half, De La fought back to within one point at three quarter time, before edging their way to the front when the final siren sounded. Jake Williams was as dominant as ever for De La and BOG, while Antony Forato regularly got first hand to the ball in the ruck and played a major role in his side’s sixth win for the year. Dan Keely, Sam Pickett and Adrian Indovino combined for six of their side’s 12 goals. Tom Quinn snagged two on his way to being named the Blues’ best, while Jeremy Mugavin and Will Cuningham continued their standout form. Despite hyperextending his knee last weekend and subsequently donning an abundance of leg strapping, star midfielder, Marshall Rippon, ran riot and kicked three from the Blues’ midfield.

For a full synopsis of William Buck Premier’s Round 8 results, click HERE