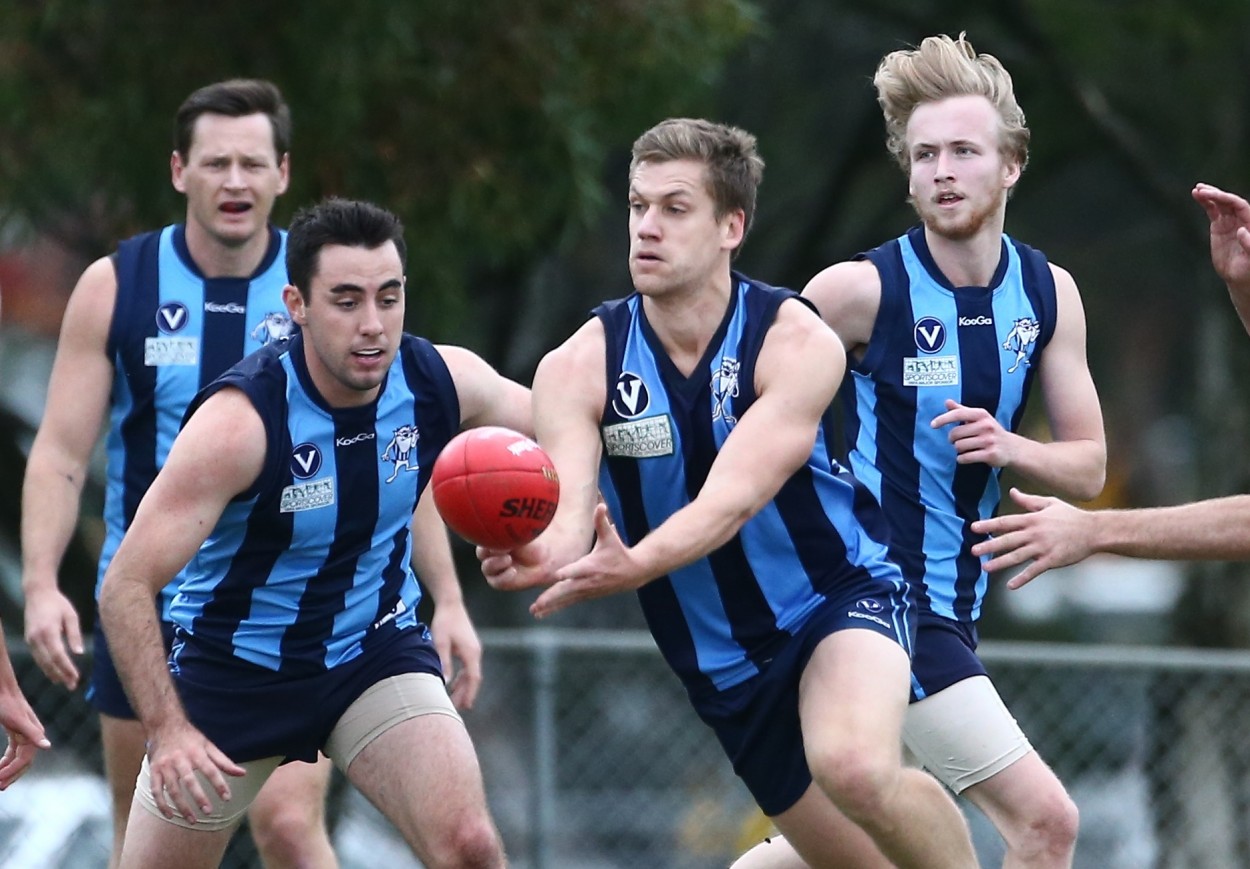 The sun has come back and players were getting chaired off to end careers. This means the home-away season has finally finished and it’s finals fever! So, it’s also time to review our Div 3 sides for 2015:

Coach Alan Sutherland did not miss a beat this year, managing the strongest forward line in the competition and a mean midfield. Going undefeated throughout the year and finishing off with a bye, the Animals are in the driver’s seat to snatch a premiership.

West Brunswick had the best defence, dominant talls around the ground and genuinely play for each other. Only losing to the Animals (twice), we could see déjà vu again and see another upset for the Cup. Kicking for goal could be their undoing. Excellent effort coming from Division 4.

The Bloods had a great year but they are still a way behind the top 2 despite their 2 point loss to the Animals. The Magpies put them to the sword last week, however some would consider it an aberration. Finishing 3rd again with the same amount of wins, the Bloods are capable of an upset. We’ll see.

The other Division 4 promoted team this year, the season didn’t start all that crash-hot losing 3 of their first 4. Unable to snatch a win off the top 3 but winning the last 7 has capped off a brilliant year. But, the season isn’t over yet for the Hawks and they are super confident.

“Swinny” didn’t quite set the world on fire like they did last year. Finishing 8-8 shows they were inconsistent some weeks and had some horror kicking displays. BUT when the season was on the line, they rallied to win 4 of their last 5 and here they are in September.

The Vultures were also a side with an inconsistent year. Even though a similar year to last year, they deserve a pat on the back for climbing 2 positions and securing the last finals spot. They beat the teams they needed to and had some bad losses to the teams above. Their loss to Glen Eira would still burn but their last round more than certainly made up for it. Congratulations on making it.
Leading goal-kicker: John Clark 19 – Predicted B&F: John Clark

The Falcons missed out on the finals by 3 games after scraping through by percentage last year. Knocking off Uhs-Vu in round 13 was their only top 6 scalp however, 20 point losses to the Razorbacks and Aquinas (twice) were admirable. Finishing the year off kicking their highest score against Eley Park, has at least given them hope for 2016.

Power House would have to be disappointed with 2015. After just missing out on finals by percentage last year, there were high hopes to go one better. The punishing loss to the Vultures round 1, a 6 game losing streak through rounds 3-8 and only reaching 100 points once doesn’t bring you success. The positives were that they took it up to Hawthorn Round 13 and got one back against Glen Eira.

Hopes were high for the Saints after being relegated from Division 2. Losing their first 5 games, we were unsure where their first win would come from. Then there was the 4 game win-streak, which included wins against Swinburne and UHS-VU, and the Saints really had their tails up. Considering they only played the Animals and Magpies once, maybe they were lucky with 5 wins.

2 wins would not have been what the doctor ordered for La Trobe. A tough draw where they played 5 of the top 6 twice and Eley Park/Glen Eira once. Pushing Hawthorn in the last round shows they can play Division 3 football.

My heart bled for the Sharks. Injury-plagued all year, the Sharks were still highly competitive but couldn’t get going. They also had a relatively tough draw playing 4 of the top 6 twice. They could score easily but their defence was lacking. No news about relegation yet, we’ll have to wait and see.

Well the wait is over and we have cracking games on Saturday/Sunday. To the games:

Saturday, 3V4 at Casey Fields. Aquinas Vs. Hawthorn. They only played the once this year and it was decided by a kick. Aquinas.