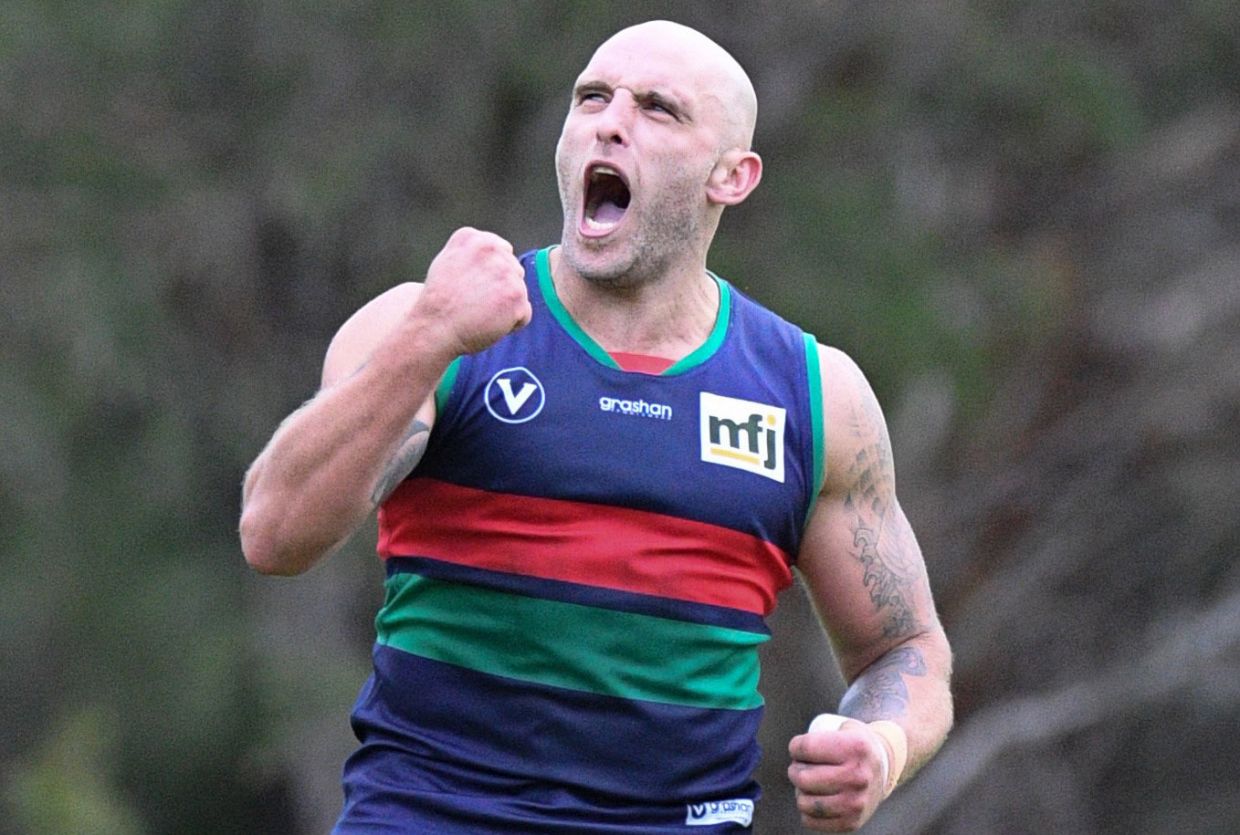 A strong third term from Manningham Cobras helped earn them a 15-point victory over Emmaus St Leos at Whitefriars College in the Preliminary Final. With the win, the Cobras have progressed through to the Grand Final to play Aquinas where they will be determined to topple the Bloods after they went down to them two weeks ago. Unlikely to be content with just the minor premiership from Division 3, they team will be striving to get their hands on some silverware.

The Preliminary Final had many ebbs and flows throughout with neither team able to gain ascendancy with only five points the gap at the main break. The Cobras came out with intent in the second half, determined to bridge the gap on the scoreboard and they definitely achieved this kicking four majors to the Animals one. In the final quarter, the Cobras continued with this momentum with two goals to the Animals one. The second half surge from the Cobras was led by Division 3 leading goal kicker Kane Maghamez, who proved to be a handful for the Animals with four goals and he was also the BOG for the Cobras. The Animals did not have multiple goal kickers with Matt Hill, Kieran Mair, Hugh Schaeche and Jack Hunt all contributing a goal each to their sides four goal total.

After 20 weeks of exciting football with plenty of ups and downs, the 2019 Division 3 season will come to an end this weekend with the Grand Final between two top sides Aquinas and the Manningham Cobras, at Garvey Oval on Sunday afternoon.

The Bloods will have all of the confidence heading into the Grand Final after they defeated the Cobras in the Semi-Final two weeks ago by 11 points. With the week off, the Bloods will be well rested and raring to go on their quest to topple the minor premiers for the second time in three weeks and secure the Division 3 premiership.

Manningham won the two meetings between the sides in the home & away season. In the earlier clash in Round 7, the Cobras were challenged in the first half but were able to overcome the Bloods to run out winners by 20 points at Aquinas College. It was a second half surge that allowed the Cobras to pile on nine majors to the Bloods four in what was a complete momentum shift from the first half to the second half.

In this match, the Bloods Joshua Robertson was the main weapon up forward with six goals and this saw him earn best on ground honours. For the Cobras, it was again Maghamez who was their main go to up forward, booting through four goals. Jarryd Croxford was awarded best afield.

The Cobras brought home the win in the final round of the home & away season by 11 points at the Koonung Reserve. It was a similar match to their previous Round 7 clash, with the Bloods the team of the first half with seven majors to the Cobras three, but then the Cobras kicked into gear in the second half with 12 goals to the Bloods seven to get over the line. A tick for the Bloods was they were able to keep Maghamez to only a goal, but this did not rattle the Cobras goal scoring power up forward as fellow forward Anthony Raso was named best on ground along with his bag of five goals and Jake Cawsey chipped in with three. For the Bloods, Robertson and Matthew Allwood were the forward standouts with four goals each. Russell Foster was named Aquinas’ best player.