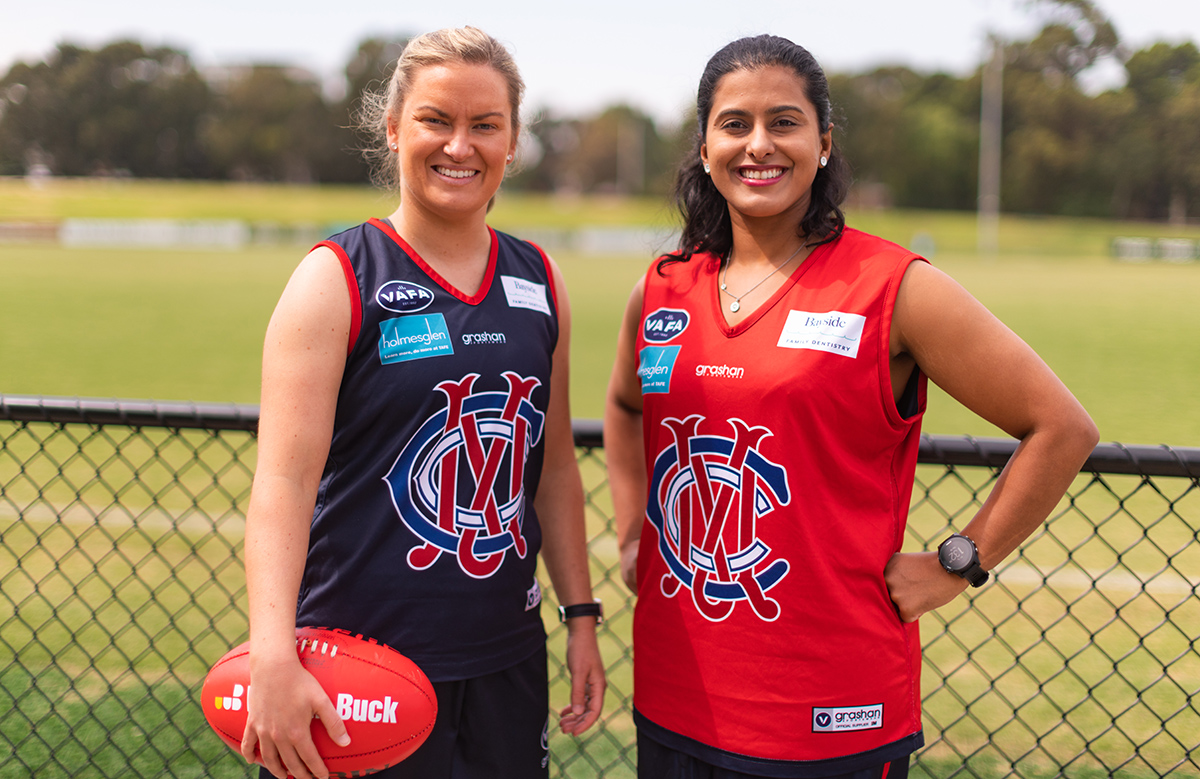 As we enter 2021, we do so with a keen sense of anticipation for the competitive balance of Division 4 as seven sides gear up ahead of Round 1. Only six of those, however, will be playing this weekend as De La Salle sit out with the Bye following St Bernard’s decision to withdraw their team on the eve of the season due to lack of numbers.

The top three teams from 2019 – Glen Eira, Richmond Central and Ajax – have ventured into alternate sections, with just Parkdale, MCC, Albert Park and De La returning. Swinburne come down from Division 3, while Elsternwick and Parkside will field their club’s first-ever women’s teams. We’ve witnessed the positive impact women’s football has had on clubs across the board, and to see Elsternwick field their first women’s team 115 years after their inception is an exciting moment in time.

That being said, let’s take a look at how the Wicks and the rest of Division 4 Women’s are placed ahead of this weekend.

2019 was a tough year for the Falcons as they registered just one win for the season – an 18-point victory over De La – and finished in eighth spot on the ladder. Of concern was their inability to apply scoreboard pressure, averaging just over two goals per game. They did have two standouts across the season in star captain and Division 4 Medal runner-up, Jo Griffin, and defender, Caroline Pullen. Both were named in the Division 4 Team of the Year and both will play an integral role in the Falcons’ success moving forward. Senior coach, Lucas Gniel, has a deep list of 34 players to choose from, ensuring the Falcons will remain competitive if injuries strike as they inevitably climb the ladder.

The Wicks are on fire as they plan to field their first women’s and Thirds teams while enjoying a full season with their amazing new facilities on Oval 2 at Elsternwick Park. From a women’s perspective, they’ve had encouraging numbers throughout the pre-season, and took to the field in a promising practice match against UHS-VU. The famous Convery name lives on in the women’s team with Stephanie joining the club, while Grace Reidy is set to light up the newly laid turf. Rob Greene has taken the reigns as senior coach and brings a wealth of experience from Flemington Junior Football Club (boys), Penleigh and Essendon Grammar School (PEGS) and Lowther Hall Girls’ football programs.

MCC did their utmost to make finals in 2019, winning their last four games in a row and finishing just half a game shy of Parkdale in fourth. An 11-goal display in Round 1 was their best for the year, but it was their defence that stood tall as they allowed just 180 points against for the season – the lowest of any team. Former high-flying Dee, Russell Robertson, is co-coach alongside Anna Harris. Harris, who has been on the club’s list since 2018, has spent the past three years in the VFLW system with two seasons at Casey (2019-20) and one at St Kilda (2021).

It was a case of first year in, first year finals for Parkdale Vultures in 2019. They won seven of their 13 games and finished fourth before going down to Ajax in the first semi. Of the four players they had named in the Division 4 Team of the Year, only Lucy Bowman hasn’t been listed, with Rachel Watson, Lucy Burgess and Sienna Symons all going on in 2021. Like Albert Park, numbers are fantastic for the Vultures with 36 players listed.

Like Elsternwick, Parkside will take part for the very first time in 2021 after forming in late 2019 and sticking together through 2020. They made their debut on March 27 with a positive showing against Ivanhoe, exhibiting speed, stamina, and courage throughout the game. With Anthony Romano at the helm and Emily Rayment as skipper, expect an exciting debut from the Red Devils.

As mentioned, the Razorbacks enter from Division 3 this season and will be buoyant about what they can achieve in 2021. They won just two games in 2019, but one of those included a Round 13 victory over minor premiers, UHS-VU. Just two players have transferred out this season, unfortunately one of those being Big V representative, Brianna Murphy, as she moves to AFL Sydney. On the flip side, they’ve welcomed a handful of new players and will still have their 2019 leading goal kicker, Hayley Wurfel, causing headaches up forward.

De La Salle are coming off three wins and a draw in their 2019 campaign, and they look set to improve upon that record this year. John McDonough will once again lead the women’s side as coach, while their two representatives in the Division 4 Team of the Year, Rachael McDonough and Jennifer Males, will suit up again. The player to look out for, however, is Sally Fyfield who only managed four games in 2019 after eight for Casey Demons in the VFLW a year prior.