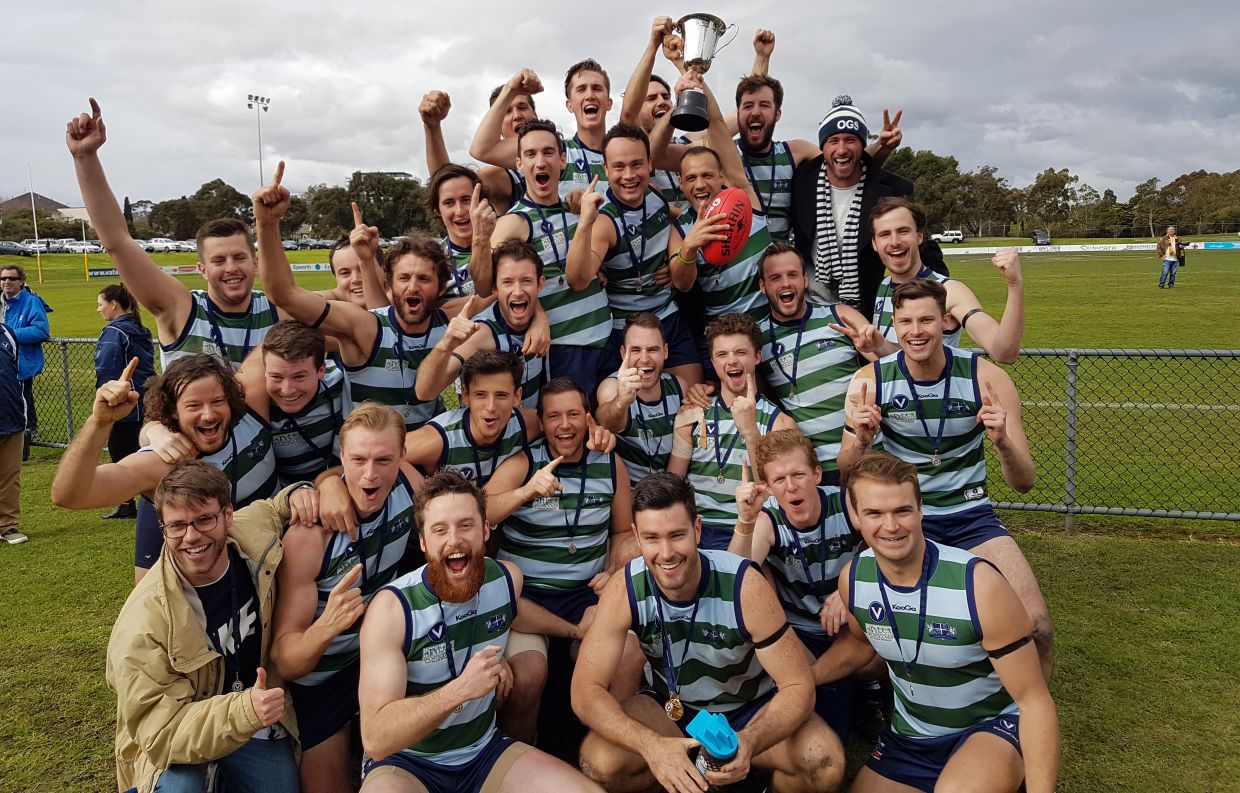 If you have, you would have seen that major works have begun where the new Administration Building will be built. Machinery, stock piled fill and containers everywhere, generally the area is a construction site.

The new VAFA Administration Centre is estimated to come on line in June/July 2018, add to this the state of the art change rooms for clubs and umpires on match days, as well as improved administration space and social room access – it is certainly a significant project and well overdue.

The key stakeholders in the project, Old Melburnians FC, VAFAUA and Elsternwick CC, will utilise the facilities on a shared basis going forward, and we would like to thank the State Government, the AFL, AFL Victoria and Bayside Council for their funding support.

In addition to the building, the oval is being re-surfaced come the third weekend of September, with the fence being taken down and ground renovations getting underway immediately. Sportscover Arena is expected to be available for matches come April 2018, with the surface to be akin to what Sandringham FG currently provides – exciting times ahead.

In saying this, the construction site will present some challenges for us all come finals time and we ask that you consider this when attending matches.

Every effort will be made in relation to spectator safety and comfort; however, we ask for your patience as some areas of Sportscover Arena will have restricted access at certain times and car parking may also be restricted.

We thank you in advance for your understanding.

An unfortunate incident took place last Saturday during one of our reserve grade matches where a player collapsed and suffered a heart attack.

Oakleigh reserve grade player Andrew Crothers, who was filling in for the Krushers reserves, collapsed about 15 minutes into the match.

Attended to by club trainers John Bromley (Oakleigh AFC), Hannah Ciadulli and Grace Corcoran (Whitefriars OC) while the ambulance arrived, Andrew was transported to Box Hill Hospital and had surgery, where he is recovering.

This incident is a strong reminder for all of us just how important our club trainers are, more importantly that they are accredited and that their first aid skills are up to date.

There is no doubt that the actions of John, Grace and Hannah saved Andrew’s life, add to that the quick thinking and actions of Steve Ibbott (Whitefriars OC) and John Finn (Whitefriars College Principal), who accessed the College’s defibrillator and a tragedy was averted.

Learnings – currently accredited club trainers are worth their weight in gold, having a working defibrillator on hand should be a must, as should a clearly outlined and accessible risk management plan.

Food for thought for us all.

Congratulations and best wishes to the Club XVIII teams who meet in this weekend’s Grand Finals.

Have a great weekend and see you at the footy.