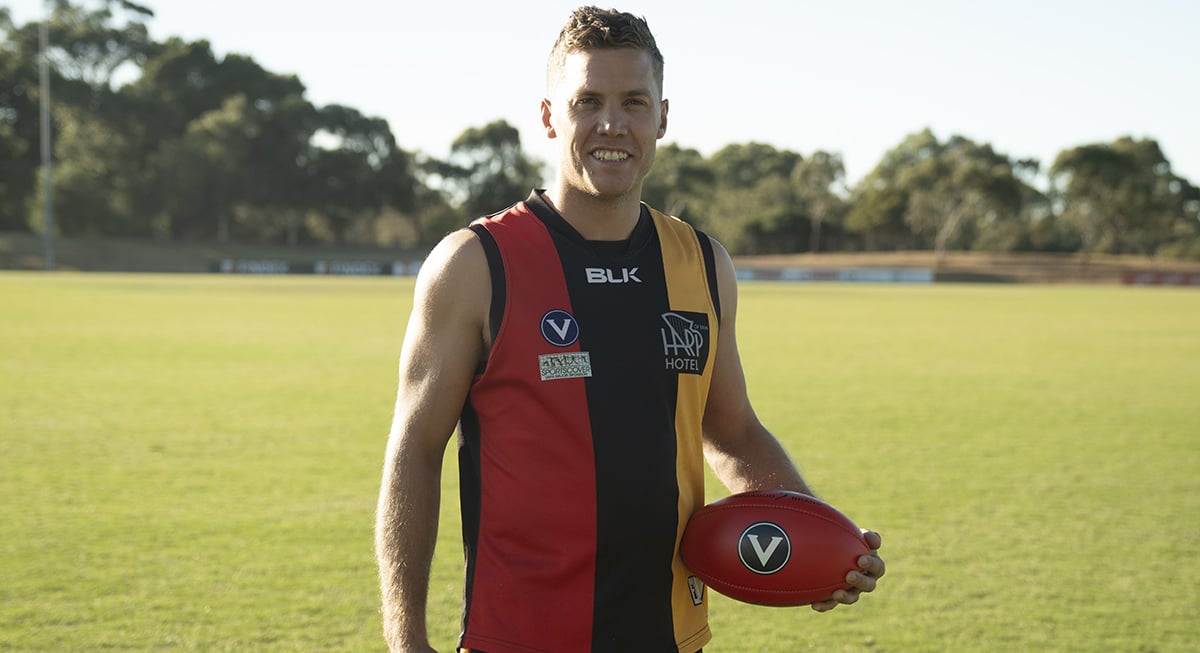 A fascinating start to the Division 3 year and while some results may not have been surprising the emphatic nature of the wins from North Brunswick and Aquinas stamps them as the early front-runners of the competition. The match of the round was played out at Kevin Bartlett reserve, where a fast finishing Parkside ran over the top of the Snakes who will no doubt take some positives out of the loss. There is still a lot of water to go under the bridge, however, as Emmaus St Leos and Manningham will be chomping at the bit to showcase their wares after each having the Round 1 bye.

Many were unsure on how North Brunswick would go this season, they were the dominant team in Division 4 last year however some may have questioned how they’d go up in grade after such a long absence. Any doubts were soon quashed as they led from barrier to box in an 89-point victory over Westbourne Grammarians which leaves them sitting atop of the ladder. The win was orchestrated by a six-goal to two first quarter but what was more impressive was that they were able to pile on 10 goals to one in the final term. The healthy spread of goalkickers would make opposition defences nervous with Matthew David (6) Brendon George (5) Michael Salloum (4) Patrick Notaro (4) and Michael Olson (3) all making significant scoreboard contributions. Patrick O’Brien was valiant for the Warriors, while Agon Bathiri looked dangerous with three majors. It was undoubtedly a disappointing start for Westbourne, but as the cliché goes, a week is a long time in football and they have the chance to bounce back against Manningham in Round 2. North Brunswick now have a couple of weeks off to get ready for a mouth-watering contest against Aquinas in Round 3.

After defeating Richmond Central, Parkside were another team to make a winning start to the year after coming up from Division 4 in what is no doubt making the existing Division 3 teams nervous. In what was a see-sawing contest, the lead changed at every break during the match. It was the Devils six-goal last quarter which secured their thrilling one-point victory, highlighting what a cruel game football can be as both teams no doubt deserved a victory. Kieran Wallace was best afield for the victors while Luciano Logozzo and Matthew Soligo did the damage in front of goals with four goals apiece. Cameron Spence was huge bagging six majors in a losing side and best afield honours. The Snakes coaching staff will no doubt take some positives out of the game and a strong win from their reserves is some consolation. The Snakes will return to KB reserve next week to face Canterbury as both teams will be looking for their first wins of the season while Parkside will host division newcomers Emmaus St Leo’s at Pitcher Park and will hope to continue their winning form at home.

The Aquinas v Canterbury match-up was always going to be an intriguing battle as these were arguably the two most hyped teams from the off season. Aquinas put the foot down from the first bounce and had the contest all but sewn up at half time after securing a 44-point lead. To Canterbury’s credit, they fought hard in the second half and were able to win the third quarter to make sure the final scoreboard stayed somewhat respectable. The depth of contributors, and the home ground advantage, seemed to be the difference on the day with the Bloods having a very even spread of goalkickers. Robert Goodwin and Cameron Woods fought hard all day for Canterbury, but it wasn’t enough to get them over the line. That loss will certainly sting and I’m tipping they’ll bounce back in a big way against Richmond Central next week. Aquinas will get a nice break over Easter before tackling a red hot North Brunswick in Round 3.