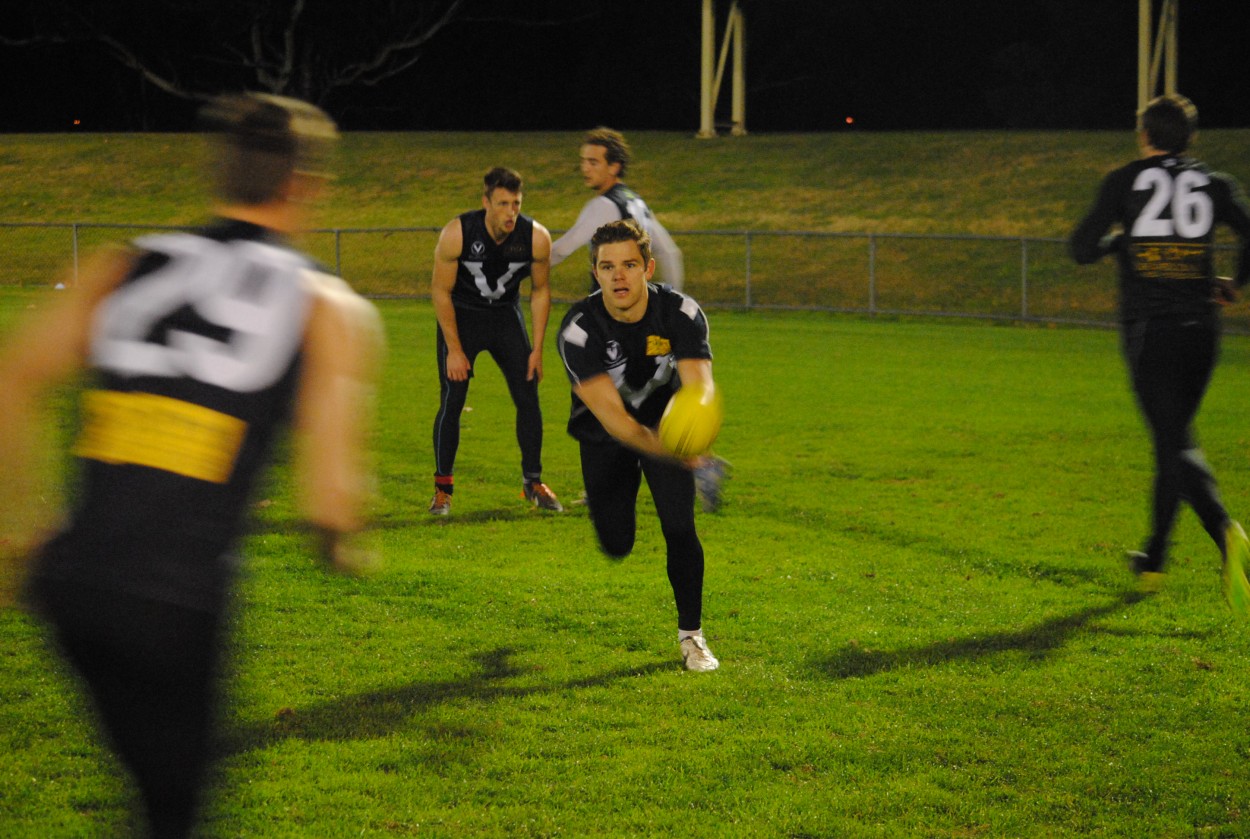 The final 22 man Big V Senior Representative squad has been selected and Jack Watts has been named as captain for Sunday’s match at the Junction Oval against AFL Victoria Country.
Watts will lead the Big V in his 9th representative appearance and will have Ryan Colbert and Trent Zimbachs as his Vice Captains.
A late withdrawal by Uni Blacks big man Broc McCauley allows VAFA U23 representative  Jaryd Robertson to make his senior debut.
Senior coach Simon Lethlean announced the captains to the group before last night’s training session at Sportscover Arena.
Lethlean told vafa.com.au that the midfield depth of the squad is the best he has assembled in his time in charge of a representative team.
There are 12 players making their senior debut for the Big V on Sunday.
The team is comprised of players who are in form and made themselves available. Many regular Big V representatives were unavailable for a variety of reasons this year paving the way for the most in form players and those that were keen to represent the Big V.
The biennial matches against AFL Victoria Country are the most anticipated matches of the VAFA representative program and as recent results indicate there is nothing in it between the two squads.
The Premier B – Division 4 and U19 teams and captains to take on their respective Vic Country opponents will be confirmed tomorrow after both sides train for a final time tonight at Sportscover Arena.