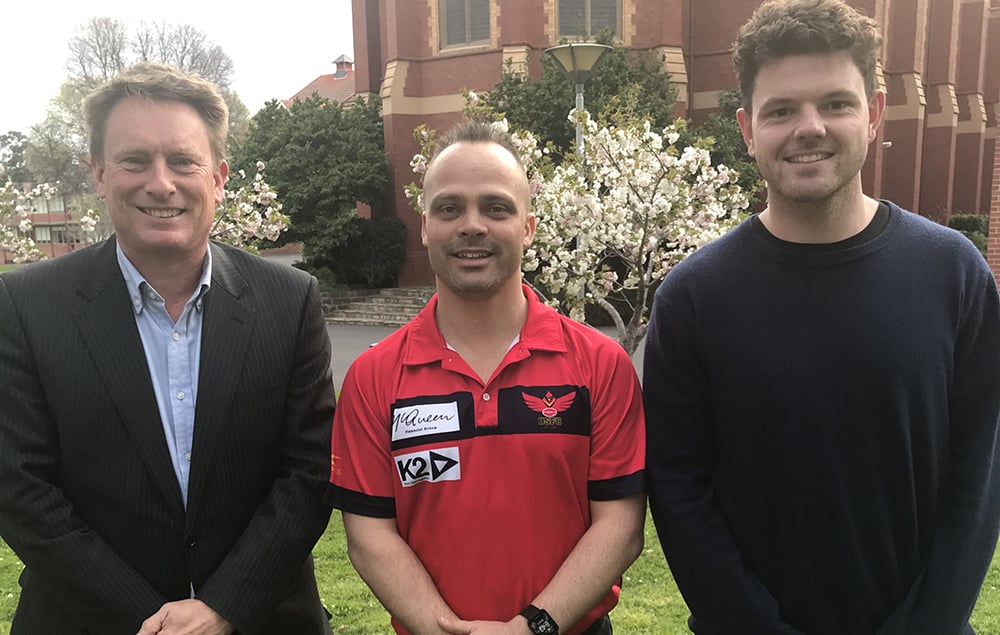 Former Cardinal to lead Scotch in 2020

Old Scotch has announced its replacement for outgoing senior coach Barry Mitchell, with former player Mark Gnatt taking the reigns for the 2020 season.

Gnatt, who played 84 games for the Cardinals in the early 2000’s, will lead the side in their first year back in William Buck Premier after earning promotion by making this year’s Premier B Grand Final against Caulfield Grammarians.

Read the club’s statement below:

The Old Scotch Football Club is delighted to announce former player Mark Gnatt has been appointed as men’s senior coach for the 2020 season.

Mark joined the club in 2000 from Box Hill in the VFL, debuting in our Men’s 1st XVIII and playing 84 games from 2000-06. In 2017 Mark was appointed coach of our Under 19 reserves team, taking over the Under 19 premier team during the season. In 2018 he coached our Under 19 premier team to a Grand Final, where we were runners-up. This year Mark lead our VAFA Holmesglen Under 19 Premier side to premiership success, our first since 1952.

“I am extremely proud and humbled to be appointed as the senior coach and to lead the Old Scotch Football Club into season 2020 after a very successful season with three premierships across both the men’s and women’s teams,” Mark said.

“We have a strong development programme in place that provides a solid foundation for the club as we continue to build from the bottom up and establish depth in our senior teams.

“There is an opportunity to blend the energy of the younger players with the experience of our senior group to deliver a competitive brand in the VAFA Premier section once again. I have strong belief and trust in our playing group – now it’s time to work hard and make it happen as one club.”