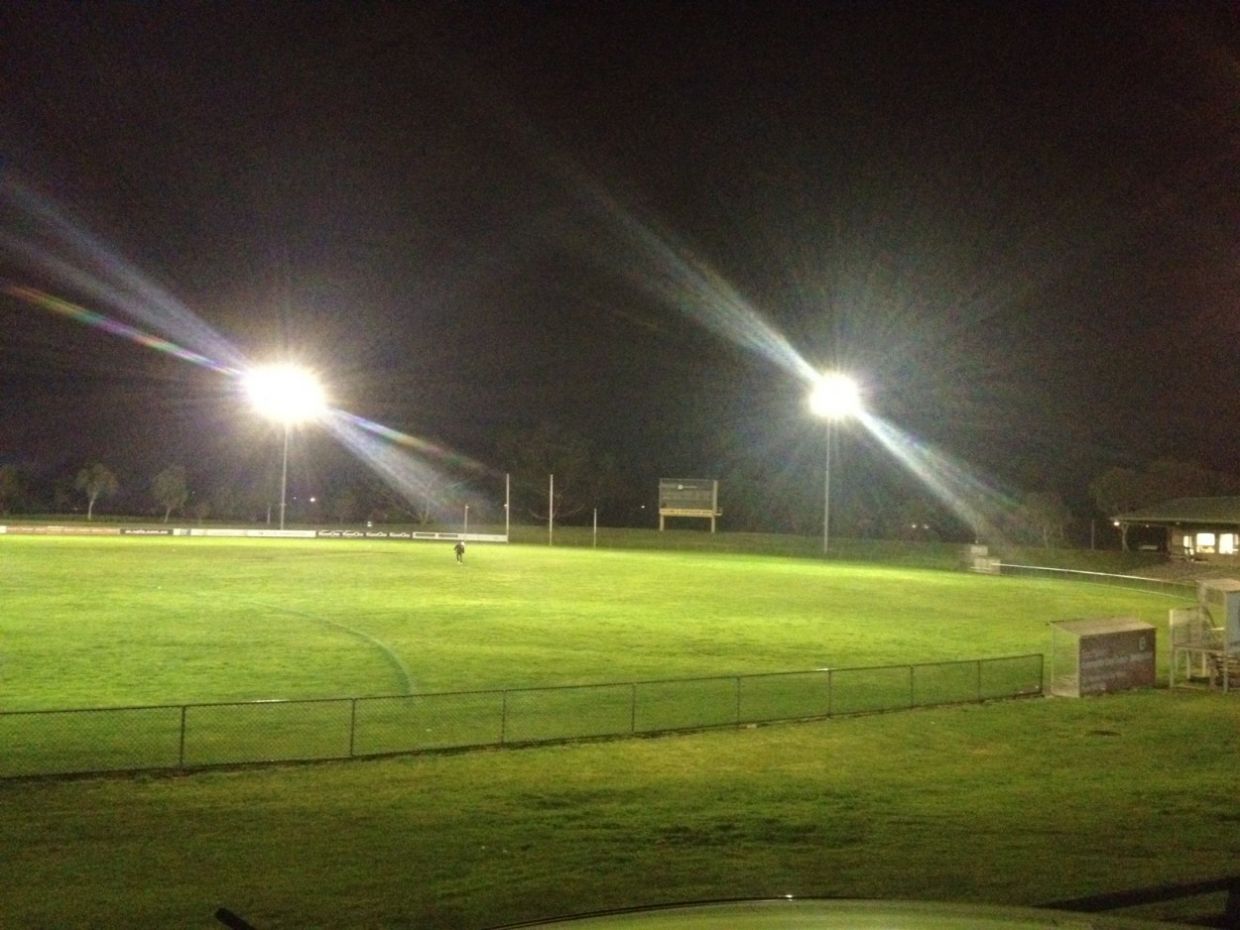 Tonight the VAFA takes a step into the future with a senior match played for Premiership points under lights at Sportscover Arena. The postponed Round 8 Premier B fixture between Old Melburnians and St Kevin’s OB will be played four days after it’s intended date.
A second postponed Premier B fixture between Old Trinity and Old Haileyburians will be played on Thursday night. With the bounce of the ball to take place at 6.45pm and no other matches on in Melbourne there is expected to be a big crowd for these special events.
The VAFA’s radio broadcast partner 96.5 Inner FM will be broadcasting tonight and tomorrow night and you can listen to the broadcast from 6.30pm.
Tonight’s match between Melburnians and SKOBS will be for the Melbourne Physio Group Cup with a special presentation to take place on the ground post match.
So if you have nothing planned for tonight, or your want to be part of history, then head to Sportscover Arena at Elsternwick Park tonight for the first ever Premier B senior match for premiership points to be played on a Wednesday under lights!
What’s more if you want to be part of history twice in the one week then come back for the first ever Premier B senior match for premiership points to be played on a Thursday under lights tomorrow night!
UPDATE on other postponed games:
The VAFA has provided an outline and deadline of when all other games need to be scheduled by and then completed by to al affected clubs. Clubs are required to confirm the rescheduling of their match with the VAFA by Friday 7th June. The match is to be scheduled no later than Monday 8th July, 2013. Failing this the VAFA Board will assign the points for the match.
Albert Park and Elsternwick have confirmed that their Division 3 senior and reserve matched will be played at Albert Park on Saturday 6th July.