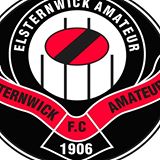 GRACE TAKES REINS AT THE WICKS

The Elsternwick Amateur Football Club Committee are delighted to announce the Appointment of Anthony Grace as senior coach for 2014. Anthony is an outstanding individual with a focus on communication. His coaching credentials include:
•  2013 – Beaumaris AFC Senior Assistant/Forward Line Coach to Jason Misfud
•  2013 – Beaumaris AFC Reserves Coach after Round 9.
•  2012 – Ormond Amateur FC Reserves Coach. Division 1
•  2011 – Ormond Amateur FC Reserves Coach. Premier C
•  2010 –  Ormond Amateur FC U/19 Coach
•  2009 – Oakleigh Chargers TAC Assistant Coach/Runner
Anthony also played 222 distinguished Senior Games for Ormond between 1990-2003 where he is a Life Member. As a result of a successful 2013 season in which Elsternwick won promotion to Division 2, the club received some outstanding applications for the Coaching role, several with years of Senior Coaching experience.   It was Anthony’s fresh outlook and coaching philosophies that made the Committee believe that he was the right man to lead Elsternwick with the challenges associated with stepping up a grade. Anthony has hit the ground running and has already contacted the current playing group as well as working with the committee to explore recruitment avenues for 2014. The club will be holding a ‘Meet the Coach’ Night at the club rooms on Wednesday 20th November 2013 from 6.30pm. The club will have a sausage sizzle and drinks available.
Preseason Training will then kick off on the 25th November 2013 from 6.30pm Sharp with more details to follow. If you are interested in joining a club steeped in history, as either a player or supporter, you can contact Anthony on 0466 673 706.