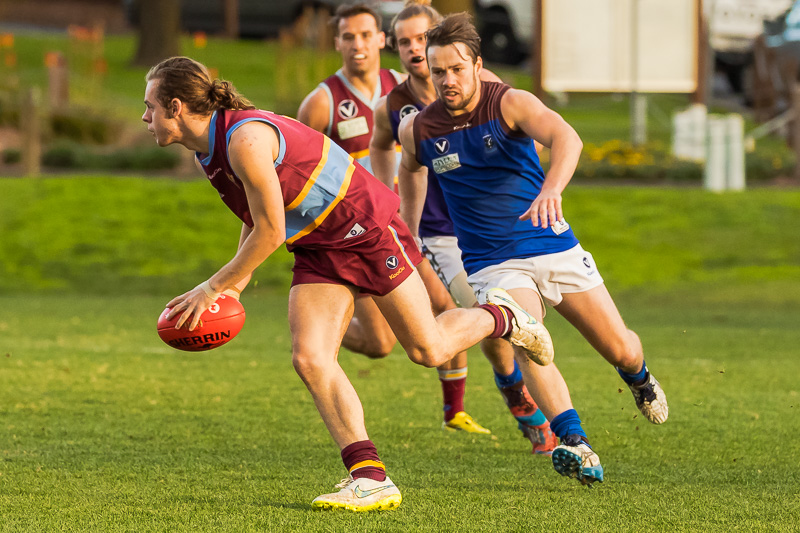 “Jake Maher is a by-product of the Marcellin school football program having attended the College from 2009-2014 where he represented the 1st XVIII in years 11 and 12.

Likened to fellow ex-Marcellin student, now Essendon star David Zaharakis, Jake is a hard running, ferocious tackler who possesses excellent skills where commenced his football career at the Marcellin Old Collegians Football Club in 2015 as a U/19.

After making an immediate impact at U/19 level, Jake was rewarded for his early season form where he made his senior debut in round 7 against Williamstown CYMS booting 3 goals in front of a home crowd as the Eagles recorded a 68pt victory.

As a first year player, Jake initially found himself in and out of the senior side, however his determination and solid stints in the U/19’s had him record a further 9 senior matches in his debut season at The Nest.

Known for his love of flowing locks and wearing of aftershave to training, Jake had a strong 2016 pre-season which has seen the silky left footer start the home and away season in stunning fashion featuring in the bests in two of the first three matches.”