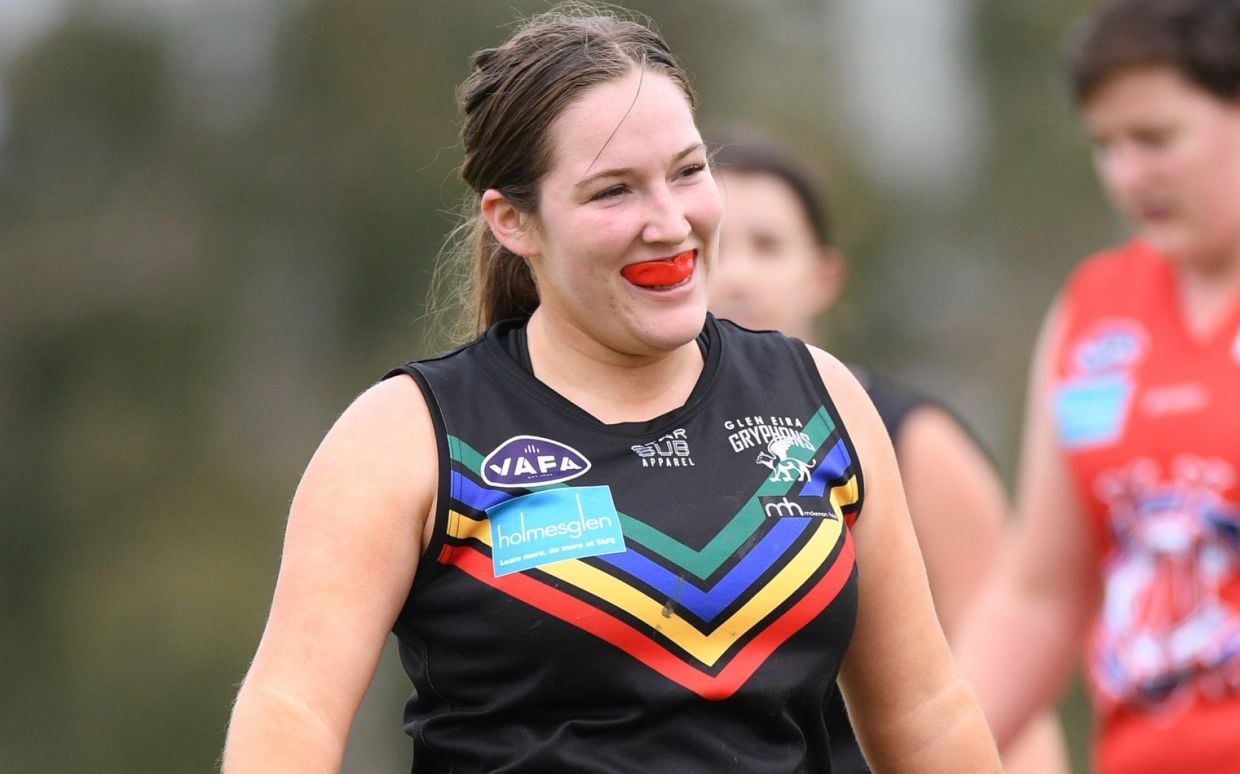 Gryphons at home in Div 3 Women’s

With four different players all kicking two goals against Emmaus St Leos, it was a team effort that led to a 71-point win for Hampton Rovers. Early form suggests the Hampton girls present a team balance that will be difficult for any opposition team to dismantle. Steph Peacock was one of the multiple goal kickers for Hampton, putting forward a best on ground effort, strongly supported by Bianca Lenarcic, Isabella Cameron and Hayley Gould. In a tough day for her team, Taylia Hough was a standout for Emmaus St Leos, who will turn their attention to registering their first win of the season against the also winless South Melbourne Districts.

A strong fourth quarter showing from Oakleigh was not enough to reel in the fast-starting Bulleen Templestowe, who ultimately claimed a 15-point victory. Jumping out to a 20-point lead by quarter time, Bullen Templestowe were able to stretch the lead by 28 points at three quarter time, before Oakleigh managed to holt the scoring and produce a two goal to zero final term. No player on the ground managed to kick multiple goals, as Elisabeth Jackson put forward her best game of the season, named best on ground. Oakleigh will take confidence from their efforts against a tough Bulleen Templestowe outfit, who have found themselves second on the ladder after the opening 2 rounds.

The rise for AJAX into Division 3 has been smooth sailing thus far, cementing their spot at the top of the ladder after a 35-point win over South Melbourne Districts. Lindi Nankin slotted two goals for AJAX whilst usual contributors Madeline Smart and Annelise Caplan continued their strong individual starts to season 2021.  For South Melbourne Districts, they were unable to add any further to the scoreboard after Rohanna Crouch’s goal in the first term.

Glen Eira will be starting to feel at home in Division 3, also continuing their winning start to the year. This time, it was a clinical 34-point win over Power House at Packer Reserve.  Polly Gemmell was again prolific with 2 goals for Glen Eira, whilst it was Katie Nolan who was the only Power House player to register a goal for her team. Glen Eira will be able to get a read on their form this week when they come up against Bulleen Templestowe in what shapes as the match of the round. For Power House, it doesn’t get any easier, as they will look to cause a Round 3 upset against Hampton Rovers.