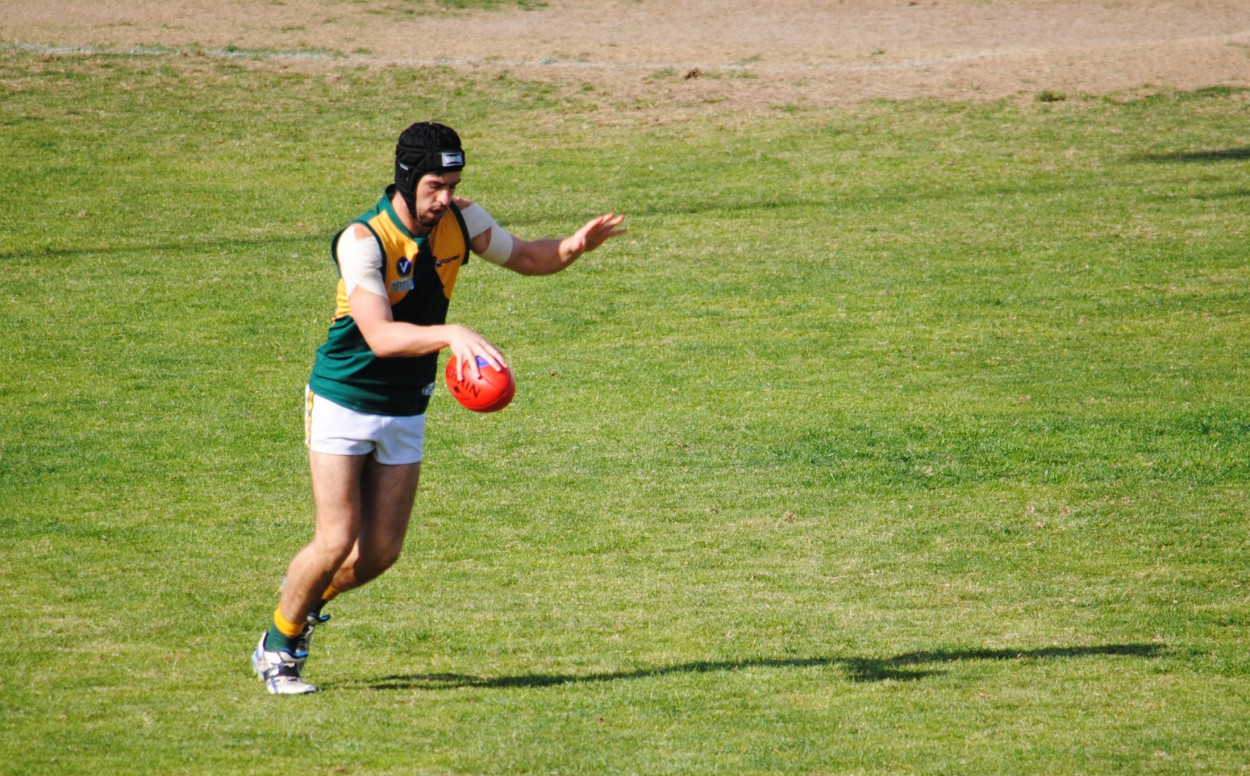 Last night at the Woodrow Medal & VAFA Awards night saw the awarding for the first time the 2014 Premier Coaches MVP award, with the award won by Old Trinity’s Harry Tinney.
The Premier Coaches MVP award was introduced for the 2014 season. Since round 1 this year, the coaches of each of the Premier Section sides have submitted best player votes on a 5, 4, 3, 2, 1 basis, including players from both sides after every match they have coached in.
The big difference in the Premier Coaches MVP is that the coaches often reward players that they had requested to play a particular role in their match with votes. We therefore see more defenders and forwards higher up the leader board than in a traditional medal count with votes awarded by umpires.
After round 15, Old Trinity’s Harry Tinney (53 votes) led by three from University Blacks’ Tyson Kruse (50 votes), followed by St Bernard’s Tom Sullivan (49 votes) and De La Salle’s Tom Humphrey and St Bernard’s captain Adam Bentick on 44 votes a piece. The last three rounds were shown on the screen at the Woodrow Medal with Harry Tinney holding onto his lead and in fact extending it away as he polled in each of the last three games.
Tom Humphrey polled the maximum 10 votes in De La Salle’s win over Old Brighton to close the gap to two votes, but then Tinney got the five votes from both coaches in Old Trinity’s win over Old Xaverians in Round 17. That gave Tinney an unassailable lead going into Round 18 but he again polled against De La Salle to to win the award from Humphrey by 13 votes.
It was a great night for Old Trinity as Tinney won the Coaches MVP, Brendan Iezzi won the Woodrow Medal and Anthony Scott won the Club Warehouse Rising Star.
Congratulations again to Harry Tinney on being named the Premier Coached MVP for 2014.