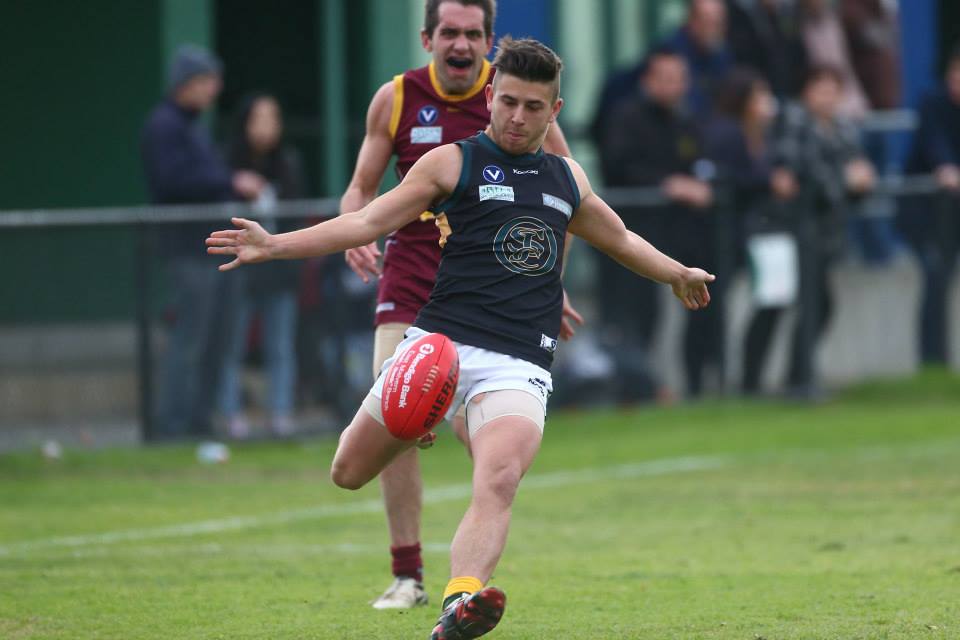 JOCs taking nothing for granted after 8-0 start

St John’s entered its Queen’s Birthday hiatus undefeated and sitting atop the VAFA Division 2 ladder, two games and a fair chunk of percentage clear of its nearest rival.

However, this is not foreign territory for Dandenong’s sole amateur club.

The JOCs’ 8–0 start to 2015 took a disappointing turn as injuries and a form-slump saw them limp into the finals before being bundled out in straight sets.

“I would have to say the disappointment of last year has been a driving force for us,” McGee said.

The talent McGee had at his disposal last year could not be questioned, but as he and the club learnt the hard way – talent only makes up part of the premiership puzzle.

St John’s bottled the lessons learnt from last year’s departure and rejigged its football brand for its 2016 assault.

“A greater emphasis on team defence that is led by the forwards has us playing a much more even brand,” McGee said.

“Being unbeaten is awesome and sets our year up for another tilt but we are only ever one game away from disaster.”

A more serene McGee also revamped his support staff, as the firebrand enlisted the services of coaching ace Greg Siwes as a calming influence for 2016.

“Greg Siwes as an assistant coach has also meant that we are able to have me watching the game closely and Greg running the board,” McGee said.

On-field discipline is an area St John’s has, at times, tussled with in the recent past, but McGee is quick to point-out the side’s renewed on-field restraint.

“The other key ingredient has been our discipline with not one guy sent off as of yet this year,” McGee said.

St John’s face a tough block of games in the next month, with it tackling top-four sides Yarra Valley and Preston, as well as finals aspirants Melbourne High and Emmaus St Leo’s.

Recovery and injury management are front of mind for McGee and his chargers over the next month as it embarks on yet another premiership push.