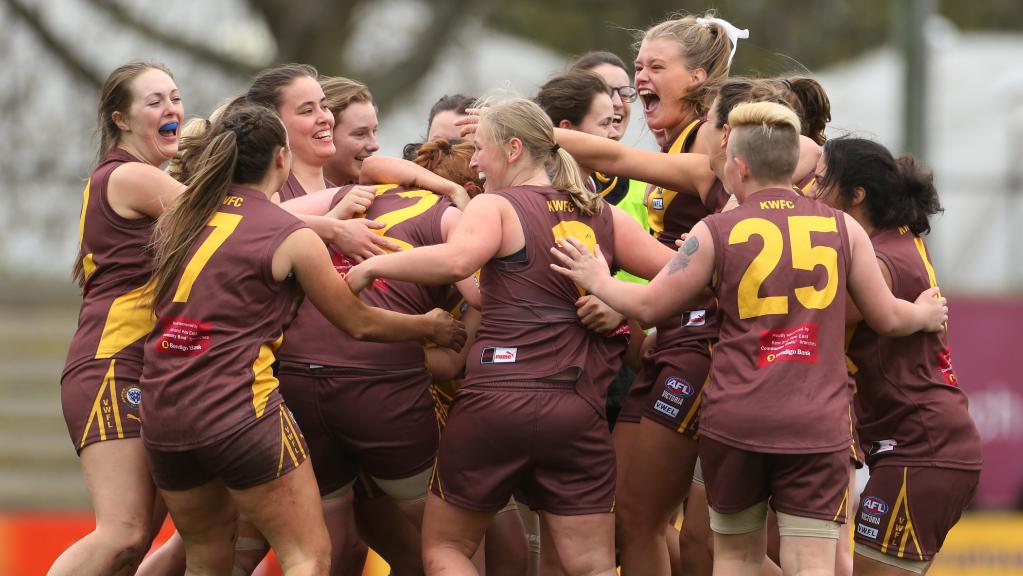 The VAFA is pleased to announce Kew FC will field their two women’s teams in the VAFA Wilson women’s competition in 2018.

The Bears, whose senior side finished fifth in Division 1 of the Northern Football Netball League last year, will align their women’s and men’s teams under the same umbrella for the first time and in accordance with the club’s strategic objectives.

Kew President Michael Cochrane said both their men’s and women’s coaches, players and supporters couldn’t be happier with the move.

“Following the success of our women’s teams in the VWFL and NFNL competitions in recent years, Kew FC always had an objective to be “one club, one league”, and over the course of 2017 it became obvious that the VAFA competition now provides this opportunity for us,” he said.

“The decision to move our women’s teams into our home league, the VAFA, aligns with the Club’s strategic plan and means that both our male and female teams will be competing in the same league for the very first time in Kew FC’s history.”

VAFA CEO Brett Connell said our Association is thrilled to welcome Kew’s women’s teams into our community ahead of an exciting second season of VAFA Women’s.

“Kew has a strong history and association with the VAFA and with the club’s women’s teams joining our already flourishing women’s competition, there is no doubt the entire club and the VAFA women’s sections will benefit greatly,” Connell said.

Kew’s senior side finished with nine wins from their 14 games last year after taking out the VWFL Division 1 premiership in 2016.

La Trobe University FC’s submission to AFL Victoria to affiliate their women’s teams with their men’s in the VAFA was unsuccessful, but the VAFA looks forward to working with the club and all stakeholders to ensure their involvement in our competition next year.

Both Kew and La Trobe joined the NFNL following the disbandment of the VWFL in November 2016.