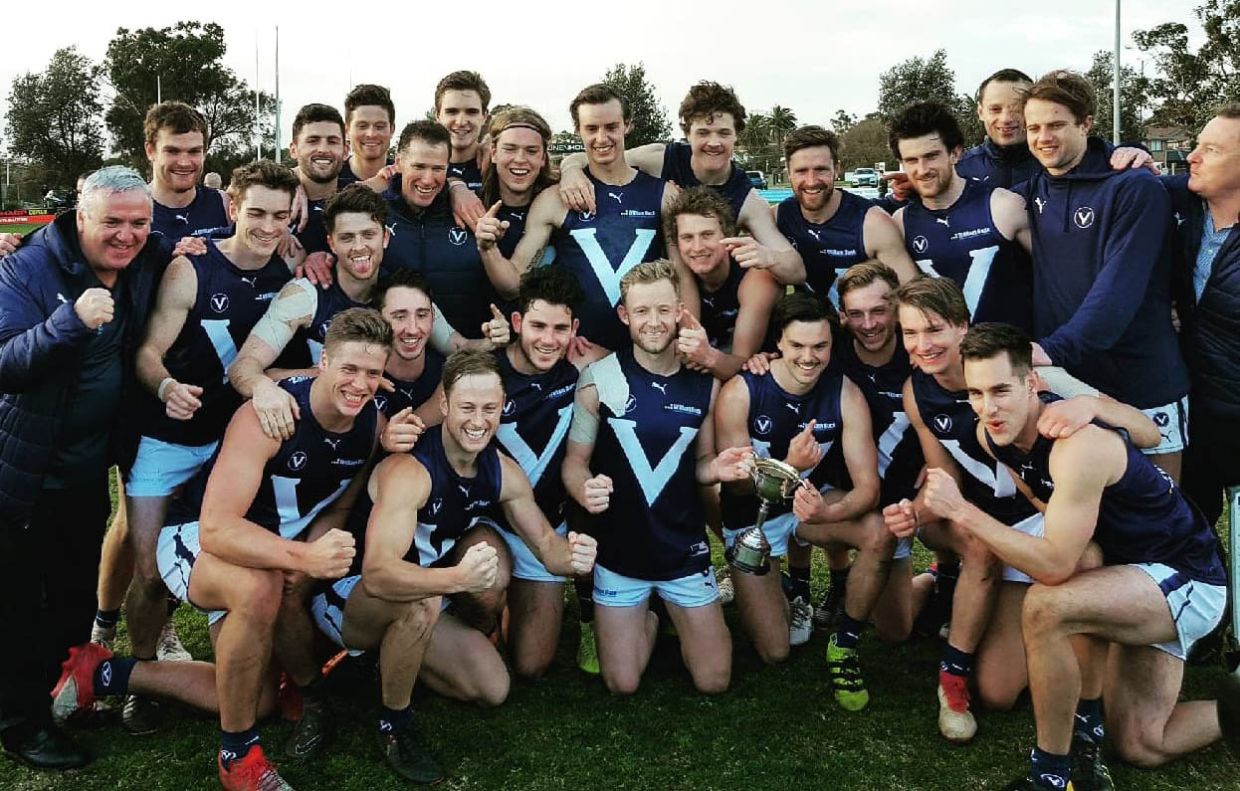 The Premier B – Division 4 Big V side proved too strong for the Western Australian Amateur Football League U23’s (now Perth FL) when they last met in July 2018, coming from behind and running out 16-point winners at Trevor Barker Oval.

After an even first term with just three points separating the two sides, the WAAFL gained the ascendancy in the second term thanks to a dominant midfield-ruck combination of Cameron Yukich and Matthew Ah Siu, before a late Sam Glenn goal (Peninsula OB) brought the margin to just seven points at the main break.Charlie Dillon (Parkdale Vultures) was exceptional in a standout opening half but failed to see out the game after a head knock early in the third.

Nick Reeves-Smyth (Old Ivanhoe) was outstanding with two goals while James Paul (Old Haileybury) and Christian Carnovale (Hampton Rovers) lifted in a sensational second half. Kane Nissenbaum (Ajax) was sent to Ah Siu after half time and received the Spirit of the Big V Award for his effort, while Philip Dyck (Aquinas) used his athleticism to quell the ruck dominance of Yukich. Joel Cusack (Beaumaris) provided a target up forward and was named the WAAFL’s Best VAFA Player for his performance. Brad Jordan (MHSOB) gave an impressive four-quarter performance.

The combined side entered on a seven-game losing streak dating back to 2006.