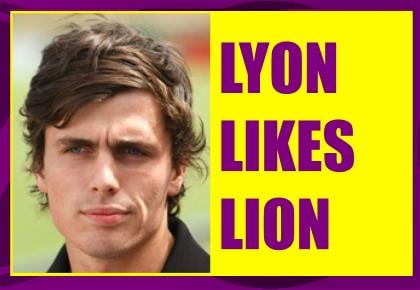 LION TO DEBUT FOR SAINTS

Congratulations to Will Johnson who will play his first AFL game for St Kilda.
Will made his debut for Collegians while still in year 11 in 2007 and acquitted himself very well before a training mishap resulted in a quite serious shoulder injury that certainly delayed his football progression at Wesley and Collegians.
In 2009 whilst he played for at full forward for Collegians against a rampaging Old Brighton outfit, and booted six goals in a masterful display that was perhaps a catalyst in him being drafted by the Saints.