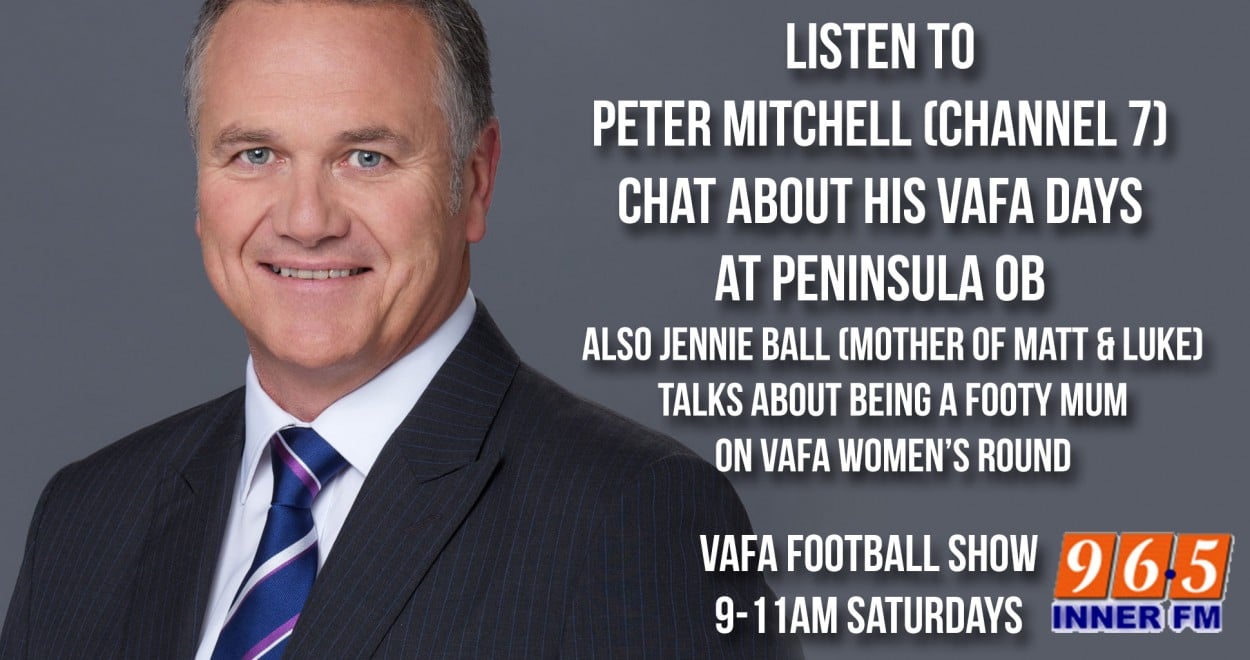 Each week this year the VAFA Radio show on 96.5 Inner FM is speaking to some more well Channel 7 Newsreader Peter Mitchell talks about his time in the VAFA and the formation of Peninsula old Boys.
The team of Andrew Leonard, John Kanis and Ken Petrucco also spoke to Jennie Ball (Mother of Old Xaverians premiership captain and Luke – Collingwood premiership player) about her time in football and going to watch her sons play.
You can also listen below to the team’s interview with Ross Stevenson from 3AW Breakfast when he spoke about his playing days at University Reds.