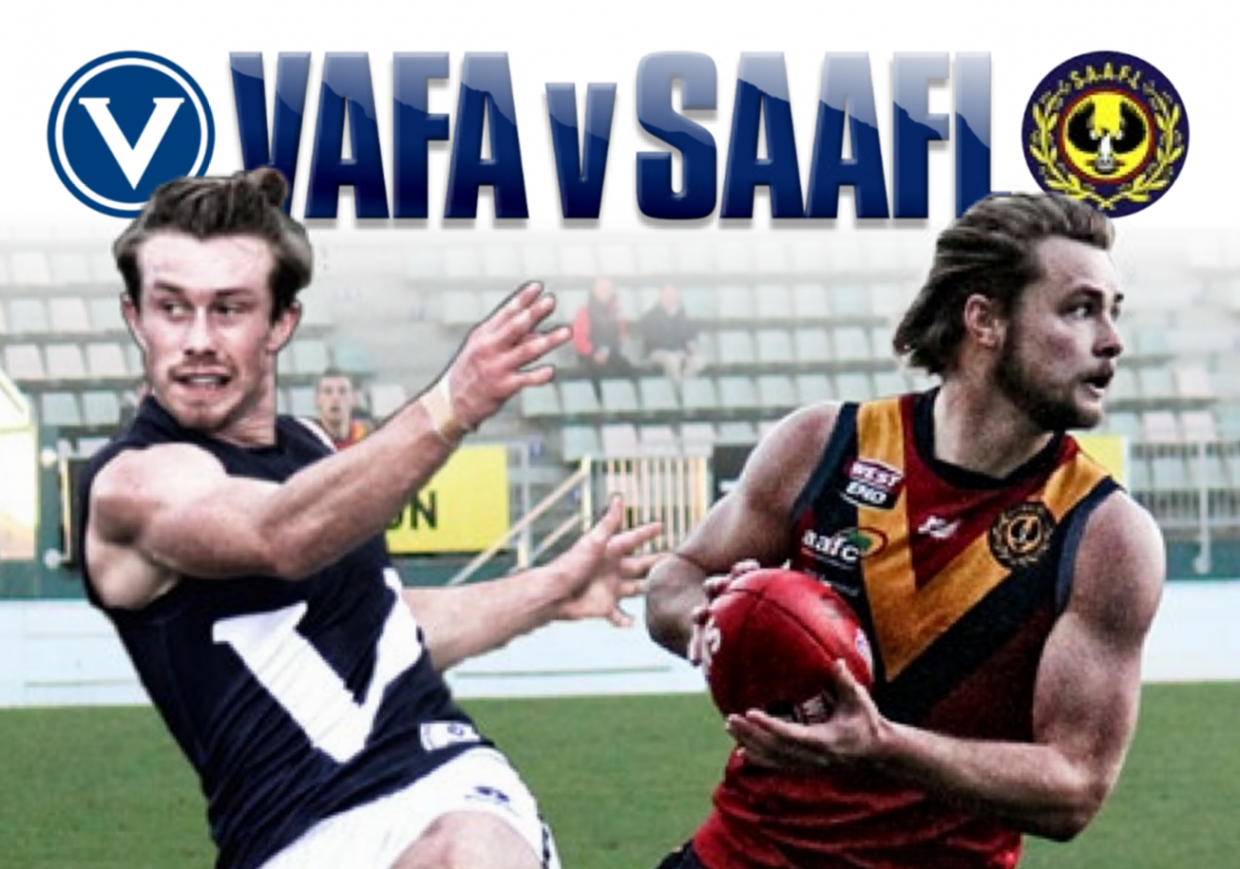 The VAFA and SAAFL senior representative sides will clash for the first time since 2004 when they take the field this Saturday afternoon at Trevor Barker Oval.

For those who are unable to attend, the match will be streamed live here, with 96.5 Inner FM commentary and sideline reporting.

Despite not having faced the SAAFL at senior level for 12 years, the VAFA and its South Australian counterpart share a storied history of representative clashes, totalling 70 matches over the past 91 years. The first match was held in 1925 at the Melbourne Cricket Ground and the most recent at Elsternwick Park.

The VAFA currently holds the ascendancy on the scoreboard, with 54 victories at a 77% win rate and is on a seven-game winning streak. A VAFA win in June will equal the longest winning streak between the two sides, which is currently held by the VAFA from 1977 – 1984.

The SAAFL’s strongest period of dominance came between 1969 and 1973, defeating the VAFA four out of the five times they met by an average winning margin of 29 points.