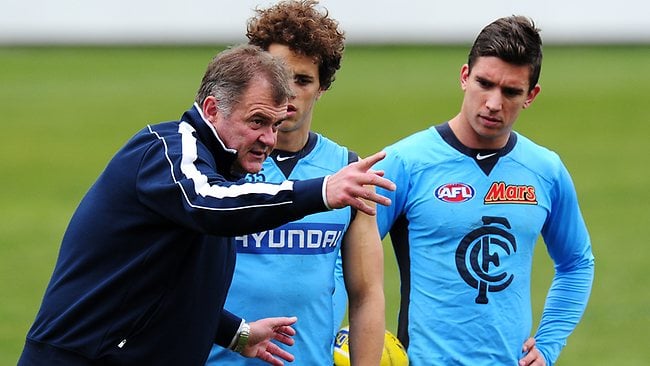 “St Bernard’s Football is pleased to announce that Mark Riley has been appointed as Senior Coach of the football club for season 2016.

Mark “Bomber” Riley is a highly experienced AFL coach, having worked within the AFL and WAFL system for over 20 years.  Mark’s coaching resume is extensive, and includes the following:

Importantly for our football club’s playing group, Mark is a teacher, an excellent communicator and a coach who builds relationships with players based on mutual trust and respect. At Melbourne FC Mark worked closely with St BernardsFC departing coach Anthony Rock, and at Carlton he worked with our vice captain Adam Bentick as midfield coach.

Mark works for Clontarf Foundation, which exists to improve the educational and employment opportunities for young indigenous men, as their Corporate Partnerships Manager. In 2015 for the first time in 20yrs Mark had his first 12 months away from Football ; and very much missed the game involvement.

Mark was attracted to St Bernard’s philosophy of holistic player development coupled with a focus on football skill acquisition and development, as well as our well-structured and well-resourced off-field set-up.

Mark brings a wealth of experience as a coach, as a communicator, as a relationship builder and the committee believes is the right person to continue the excellent work started by Anthony Rock in season’s 2014 and 2015.

Please join us in welcoming Mark to the St Bernard’s football club and the wider St Bernard’s community.  A “meet the coach night” will be held in the coming weeks.  Details will be communicated through our various channels to players, members, sponsors and supporters.”