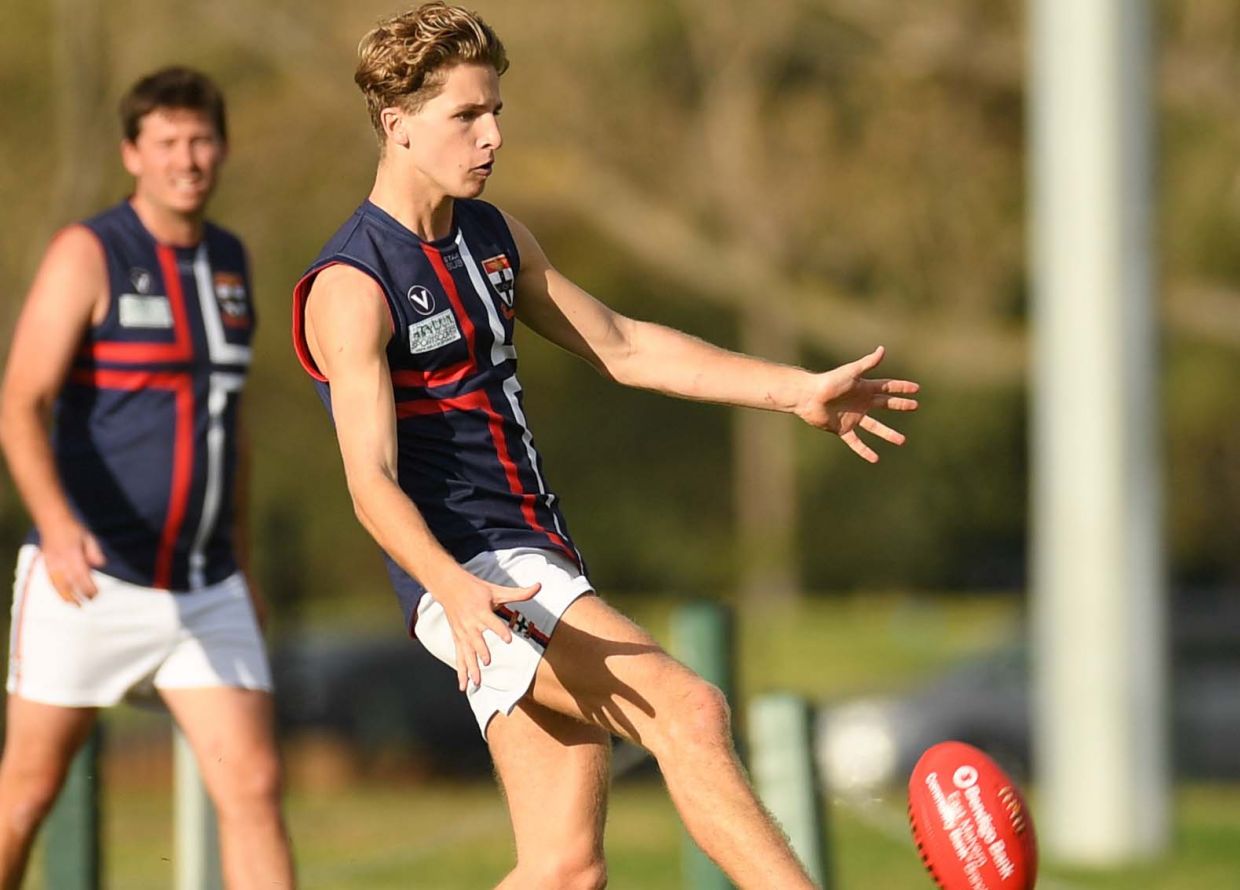 Masala Dandenong’s unbeaten run to start the year continued as they defeated Box Hill North by 82 points at Elgar Park. The Tigers kicked 10 goals to one in the opening half and jumped to a 58-point lead before outscoring their opponents again with eight goals to five in the final two terms. Anthony Morabito (2) and Sam Freeman (3) were outstanding for the Tigers, while Ben Abraham top-scored with five goals. Jake Lacriarde and Tom Freeman (1) were impressive for the Demons as they remain winless and at the bottom of the ladder. The Tigers sit numero uno for the first time in the history of their club.

South Mornington claimed their first win of the season, defeating South Melbourne Districts by seven points in a thriller at Citation Oval. The Tigers trailed by four goals heading into the final term but flicked a switch and booted six goals one to edge past their opponents. Jordan Waite and Ben Hallas booted three goals each for the Tigers, while Aaron Davidson was named BOG. Jason Clifford continued his sensational start to 2019 with another standout performance for the Swans, his third in a row.

Eley Park Sharks were made to work for their Round 3 victory but narrowly held off Albert Park by one point at Whitehorse Reserve. The Sharks led by 24 points at half time but kicked four goals to nien as the Falcons pushed them in the second half. Marcus Baxter kicked nine goals in the Sharks first game of the year and backed it up with another six, while Jack Craig dished out a BOG display. Joshua Beets was inspired by his recent player profile in the Amateur Footballer and kicked five goals for the Falcons alongside an impressive performance from club President Tyson Cattle.

St Francis Xavier bounced back from their Round 2 loss to Masala with a 31-point victory over Elsternwick at Strathaird Reserve. The X-Men trailed by eight points at the half time break but kicked eight goals to two in a match-winning third term. Harrison Coe booted four goals for the X-Men and Rohan Suttie nailed one in a BOG display. Justin Hunter returned to the Wickers’ forward 50 and booted four in his first game of the season.