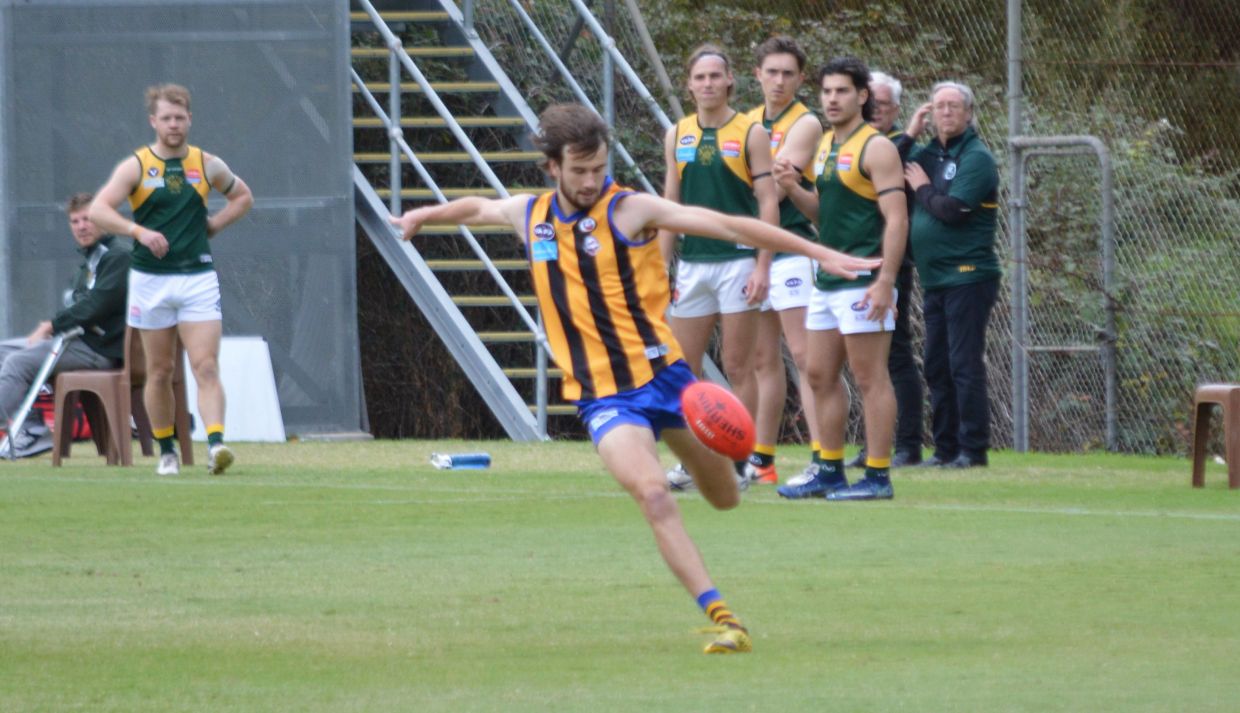 The VAFA congratulates Ben Overman from St Bernard’s after he was named the Round 10 Mecwacare Men’s Rising Star following his outstanding performance during the Snow Dogs’ 49-point win against Collegians.

“Ben began at St Bernard’s in our Junior Auskick program when he was five years old. He’s deceptively quick, a long and usually accurate kick – much like Adelaide’s Lachlan Sholl.

Ben’s grandfather established the St Bernard’s Junior Club section. His father Jack played over 100 Senior games and was Vice Captain and his uncle is the current VAFA Board member and Treasurer Mick Overman.

He continues to wear his father’s old St Bernard’s apparel such as 15-year-old club polo tops and thinks he has a double degree in camping – however his teacher was Russell Coight!”