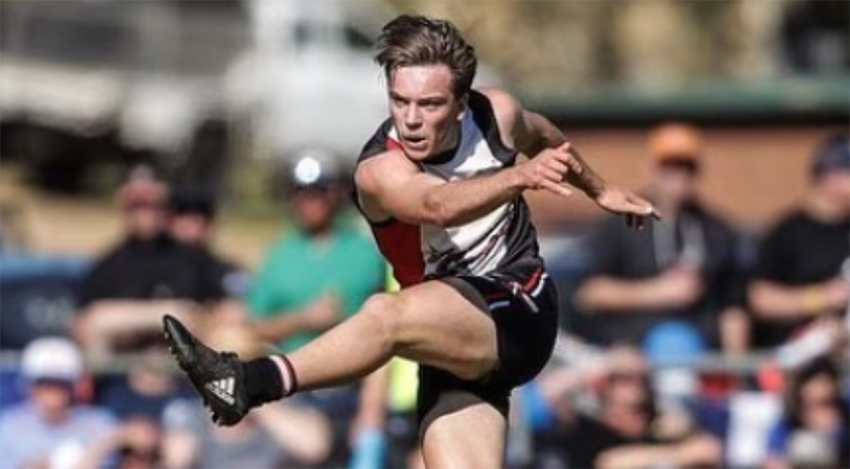 The VAFA congratulates University Blues midfielder, Eddy Ziebarth, who has been named the Round 4 Mecwacare Men’s Rising Star nominee following his outstanding senior debut against Old Xaverians on Saturday.

“Eddy came to Blues this year from Albury area and he is resident at University College as he is studying Agriculture at Melbourne Uni.

He’s a left footer and plays a bit like Luke Parker from the Sydney Swans. He’s a tough, inside type and relishes the contest, working hard in both directions all over the ground. He is known for his strength and being a bull where it comes to his attack on the ball.