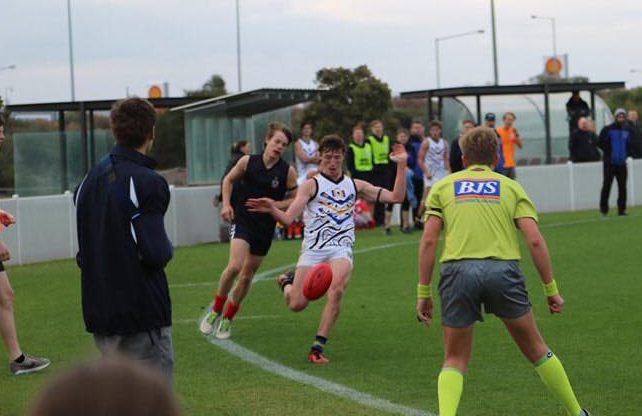 The VAFA congratulates Old Carey’s Ben Jepson who has been named the Round 16 Men’s Rising Star after his 22 disposal performance in the Panthers 21-point loss to De La Salle on Saturday.

“Ben’s playing career at Old Carey began in 2018 when he played a couple of U19 games as a 16 year old. This was his senior debut after having an outstanding APS season.”

“Ben plays like Brad Sheppard from West Coast Eagles; excellent foot skills and decision making which makes for a super rebounding defender. Ben also has a strong intercept marking ability, and a real commitment to the defensive side of the game.”

“Benny is a really well rounded young man, and his footy is better as a result of his character.”