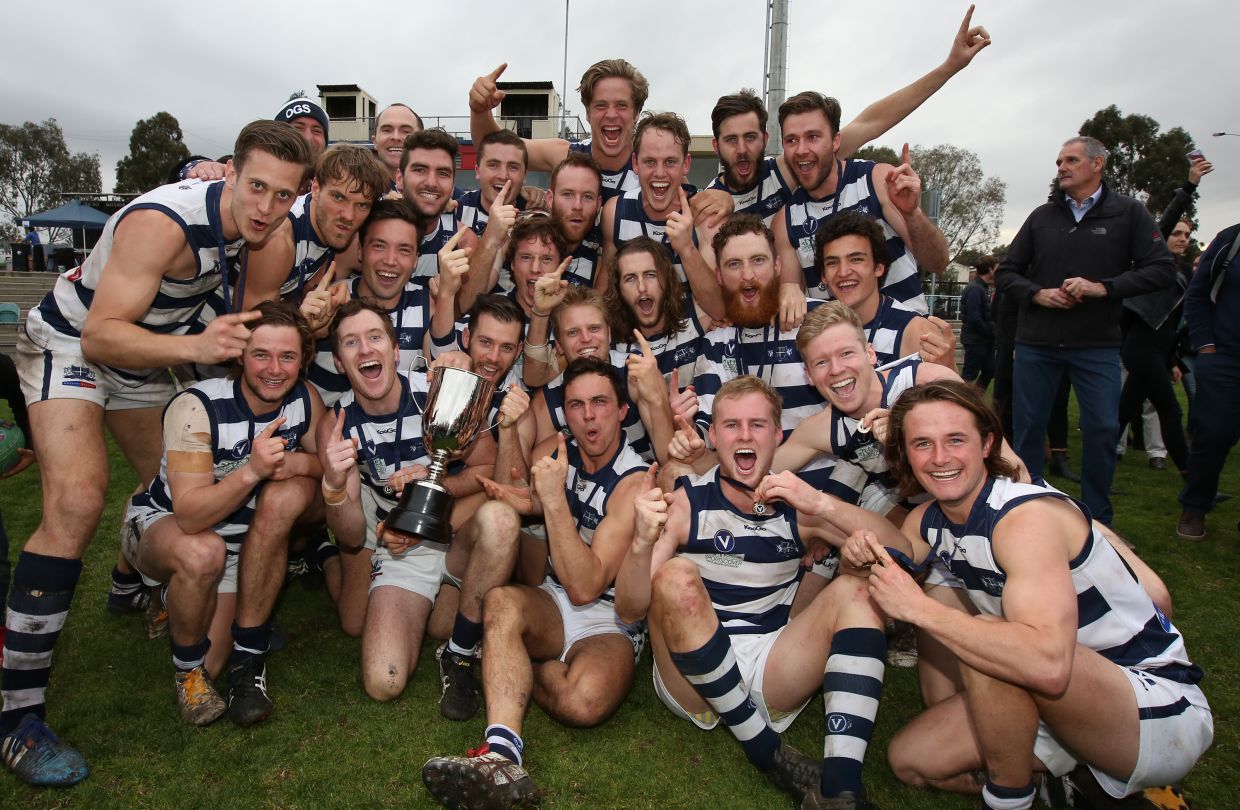 Old Geelong claimed their first senior premiership since 2005 when they defeated Old Mentonians by eight points in a thriller at Coburg City Oval. Led by a three-goal haul from young gun, Jock Grimshaw, and two each from best on ground medallion recipient, Callum Wood and George Burbury, Ogs came from two goals down at the first break to overrun their opponents. Six goals to two in the second gave them a 14-point buffer at half time, and the margin stayed at an arm’s length for the remainder of the match. Dustan Mills was sensational for the Panthers with three goals, while Douglas Payton and 2016 LS Pepper medallist, Daniel Maitland, starred across the ground but it wasn’t to be as Jason Barry and Will Sloss fought hard for the Ogs. Both sides will now regroup over the off-season before entering Premier C in 2017.

Earlier in the day, St Mary’s Salesian capped off a sensational year and minor premiership with a Division 1 Reserves Grand Final win against PEGS. Despite trailing by 15 points at the first break, the Saints piled on 10 of the next 12 goals as they ran out 34-point victors. James Barrie was influential throughout all four quarters and justly rewarded with the best on ground medallion.