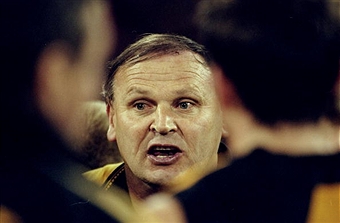 Gieschen, who played 175 games for the Hoers, will be joined by AFL-experienced trio, Jeff Gieschen, John Stevens and High Performance Coach, David Buttifant.

“Old Ivanhoe Grammarians Football Club is pleased to announce that Jarrod Gieschen has been appointed Senior Coach for 2018.

Jarrod is a former captain and premiership player who played 175 games for Old Ivanhoe in a stellar career of amateur football. Jarrod is also a senior executive with Mazda Australia.

Jarrod will be supported by: