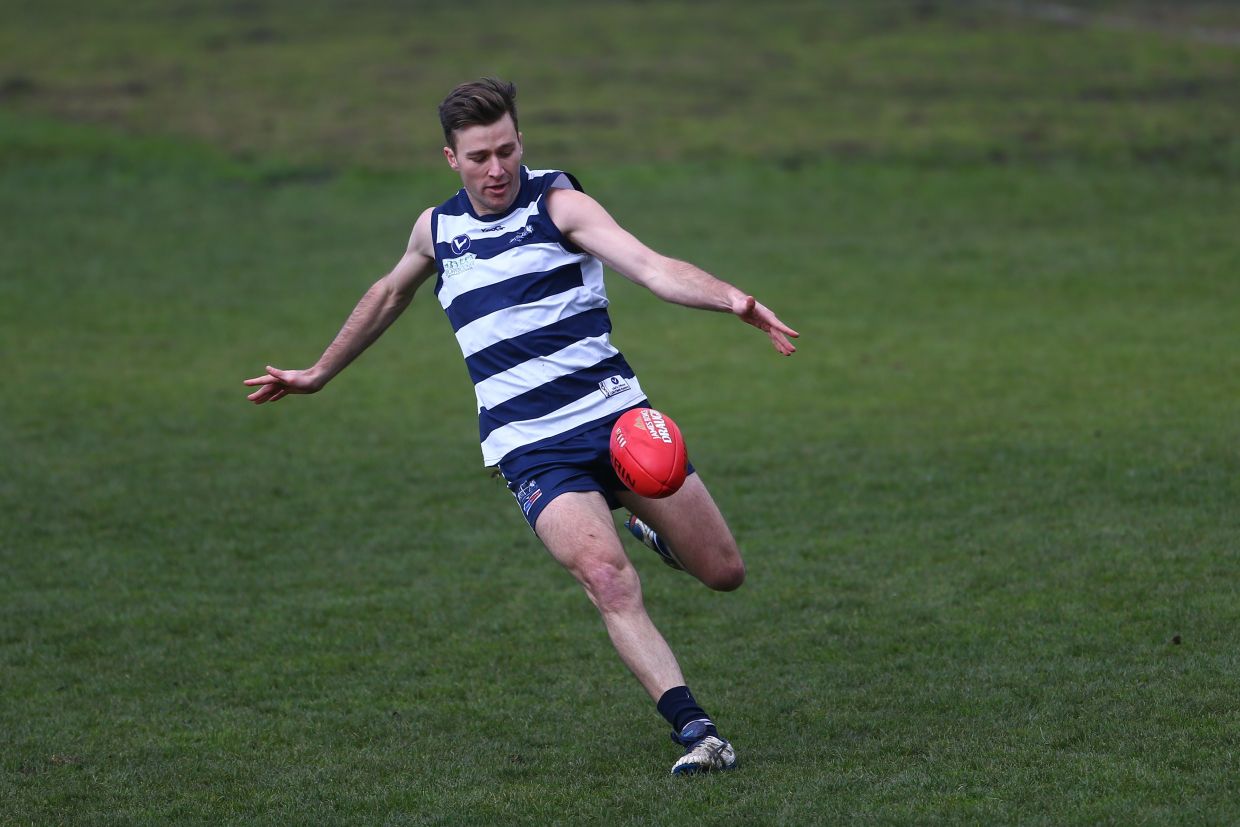 Old Mentonians fly out of the gates in Division 1

There is no amount of pre-season training or match simulation which can fully prepare anyone for the first round of a new season. The intensity rises, the pace is quicker and most importantly there are finally four premiership points on the line.

Saturday provided a near-perfect Autumn’s day for the start of the VAFA season and we certainly weren’t let down with the on field action in Division 1, which featured a game decided by the singular point alongside a draw.

As tipped last week, the contest between Therry Penola and Old Geelong was an absolute humdinger, with the Lions holding on to take the spoils. Prahran Assumption and Old Paradians both go into Round 2 without a win as they were forced to share the spoils and St Mary’s Salesian opened their account with a strong win over Whitefriars. In the clash between two of Division 1’s new kids on the block, 2015 Division 2 runners-up Ivanhoe defeated PEGS and in clearly the most comprehensive performance of the round, Old Mentonians gave Brunswick NOBSPC a reality check in the form of a 152-point trouncing.

Out at Ferndale Park, the highly touted St Mary’s got their campaign up and running with a 40-point victory over Whitefriars. In what was a tight, goal-for-goal affair for three quarters, the Saints reaped the rewards of a strong pre-season and ran away with the four points in the final quarter. After leading by 13 points at the last break, the Saints finished the game with five goals to one in the last. Puruntatameri was effective in front of the big sticks, slotting six majors, while the Saints would have been ecstatic with the performance of new recruits Woods, Strobel, Briston and Dance (four goals). While for the Friars, in only his second year of senior footy, Hickey was prominent up forward with five goals, while Hutton put in a four-quarter performance.

The clash between Therry Penola and Old Geelong certainly lived up to expectations as the Lions came from the clouds to win by one point. After leading by 21 points three quarters into the game Old Geelong were left shattered as they let this one slip through their fingers. For the Lions, star midfielder Jarrod Egglestone was named best afield thanks to his dominant display, whilst Rowe, Taylor, Costello and Corey Bannister were all multiple goal scorers. Forward Jack McMeel was the star for the OGs booting five majors and was their best player on the day.

Old Mentonians are sitting pretty on top of the table with an astonishing percentage of 461.90. For Brunswick NOBSPC it’s back to the drawing board after they suffered a 152-point loss. The Panthers got off to a rollicking start with 11 unanswered first term majors and showed no mercy to finish with 30 for the day. 2015 Big V representative, Dustan Mills, had a day to remember finishing with eight goals to be the clubhouse leader in the goal kicking department, Luke Hull (six) and Darcy Brown (five) also jumped in on the act. Daniel O’Donaghue finished with two of the NOBS six majors.

Thanks to an incredible display of sharp shooting, Ivanhoe got the ball rolling in 2016 with 33-point win over PEGS. The Hoes finished with 19 goals and only three behinds, which proved to be the difference as PEGS finished with 12 goals and 12 behinds. Mitch Lovell slotted four for Ivanhoe in amongst five multiple goal scorers, while Trent Skurrie open his account with four goals on the back of kicking 48 in Premier C last year for PEGS.

Prahran-Assumption and Old Paradians were left with a hollow feeling in the moments following the final siren at Toorak Park as scores were locked at 85 apiece. It was a tight affair all day with just two points separating the sides at the main interval. The Raiders had the ascendency at the final break, leading by 12 points. But it was the Two Blues who finished strongest to leave the match in a deadlock after Jordan Waters slotted one from 35 metres out with barely a minute left to play. The game deciding goal was just reward for Waters who put in a stirring performance for the Two Blues. Coach Ash Mills lamented Prahran-Assumption’s inability to capitalise on five more scoring shots, but conceded that a draw was a fair result. Luke McCann did the most damage on the scoreboard with five goals for the Raiders, while Andrew Tulipano was another strong performer. The under sized Two Blues were able to stay in the game largely thanks to big man Tom Keaney, who was tremendous in the ruck.

Casting an eye forward to Round 2, we have another action packed round with most games likely to be tightly fought contests. St Mary’s are likely to continue their winning start to the season as they meet Old Geelong in their first match at Como Park for the season. Old Paradians are set to come home with the maximum four points against PEGS, while Old Mentonians will be looking to ride the high of their monster Round 1 victory as they come up against Ivanhoe. The Two Blues should account for Brunswick NOBSPC, who needs to respond emphatically and get their season back on track. While Therry Penola and Whitefriars are set to battle out what should be a close encounter. We’re all set for another exciting round as we gain a greater insight into who will be the main contenders in 2016.