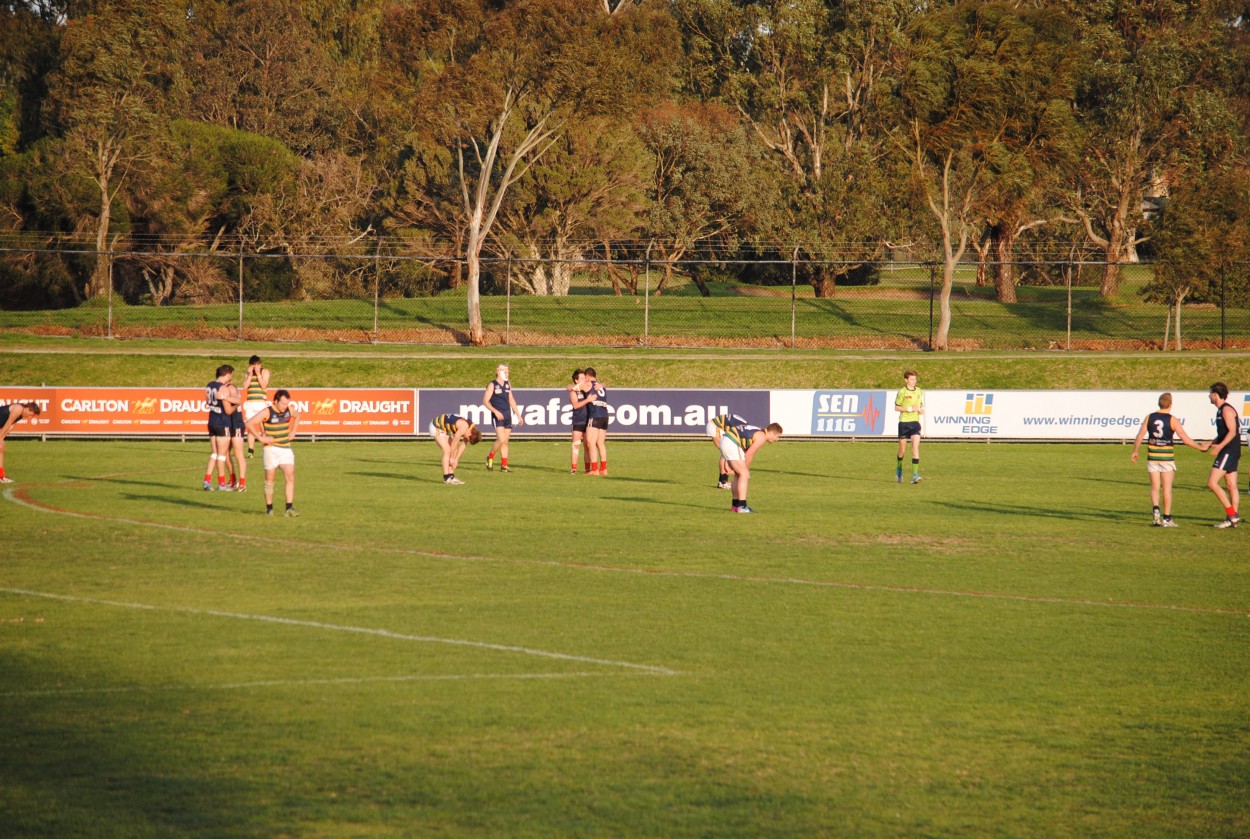 OM’S. OLD IVANHOE & ORMOND ALL THROUGH

Old Melburnians outlasted St Kevins in tough conditions at Sportscover Arena to win by 24 points and book themselves a Premier B preliminary final against Old Trinity next Sunday afternoon. Tom Hywood booted four for OM’s as they managed seven goal in the third quarter to break the game open.
In Premier C Old Ivanhoe ended any potential fairytale season for Monash Blues as the Hoes’ won by 13 points in a low scoring affair at Casey Fields. Old Ivanhoe will now meet Marcellin in a prelim next week for the chance to return to Premier B in 2014.
In Division 1, the wind played a big part in the game between Ormond and Prahran Assumption but it was the Monders who ended the Two Blues’ bid for a third straight promotion. Ormond booking a preliminary final against Williamstown CYMS next week with a 14 point win.
In Divistion 2 St Mary’s Salesian booked  a prelim final against Therry Penola after they defeated Old Eltham Collegians by 45 points.
In Division 3 the final two Qualifying Finals were played with the winners going according to the seedings. Kew booked a preliminary final spot with a comfortable win over Aquinas by 54 points.
Elsternwick were made to work a little a harder but were still able to hold out St Francis Xavier to win through to a preliminary final against UHS-VU. Thornton kicked five goals in the win with the final margin of 36 points belying the closeness of the contest early. St Francis Xavier as the highest ranked lucky loser will get another shot at a final next week. They will have to overcome Kew for a right to fight out the 2013 Division 3 premiership.