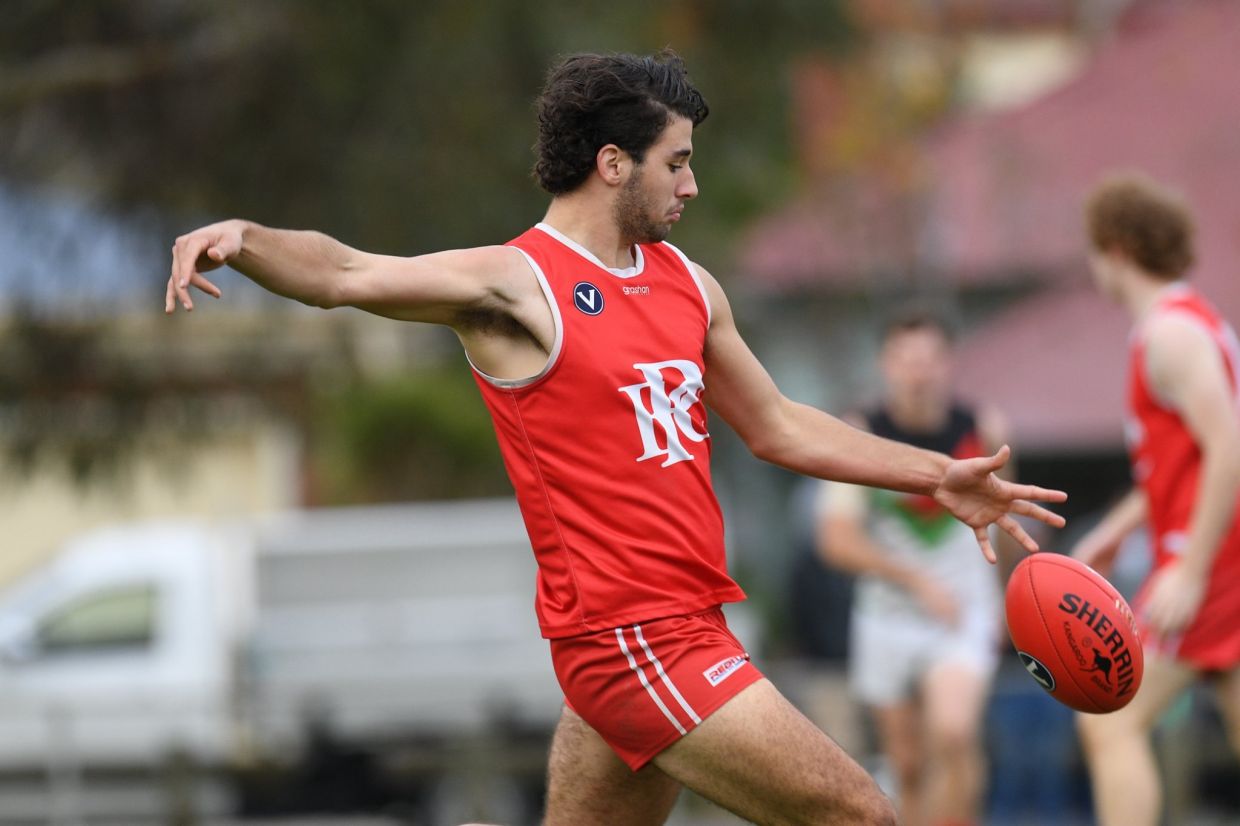 Emmaus St Leo’s downed a valiant North Brunswick side at Bennettswood Reserve on the weekend, leaving the field 26-point winners. The contest was even, with the Bulls up at quarter time and then only down by seven going in the main break, until the Animals kicked five goals to two in the third quarter to set them up for the win. Guy Donovan starred for his side to earn himself a best on ground reward for his efforts. But it was the usual suspects in front of goal for Emmaus St Leo’s, with Jack Hunt (3) and Matt Hill (2) kicking majors for their team, with returning-player Emerson Lemkau guest-starring with two of his own. Even seasoned-backman Joden Crothers (1) snuck forward to join the goalkicking party. It wasn’t all bad news for the Bulls as William Lawrence kicked three goals and Sam Willatt (1) was once again named their best player.

Pitcher Park has played host to a Parkside victory for the second week in a row, as the Red Devils took apart Westbourne Grammarians. Ali Eqbal (4) did his very best to save his side, but his heroics could only do so much as Parkside stormed home to win by 122 points. It was the Parkside Show all day, with Simon Mackie (8) and Isaac Romano (6) in co-starring roles to earn themselves best on ground performances, while a full team effort in front of goal saw only six behinds for the entire day. For Westbourne, it was club stalwart Chris Hudson who earned his best on ground performance.

A straight-shooting Richmond Central put on an absolute clinic on Saturday, running out 117-point winners against Albert Park. An 11-goal first quarter set the Snakes up for the win as they headed into the main break 84 points up. Best-on Benson Adams (8) and Division 3 leading-goalkicker Jack Bilson (7) starred for their team, while Jake Munro played a supporting role with four majors himself. For the Falcons, Jack Twite and Joshua Paola both kicked two goals as Joshua Rennie’s performance earned him best-on for his losing side.

Canterbury and Hawthorn were engaged in a tense battle all day at Canterbury Sports Ground but it was the Hawks who ended up seven-point winners, despite the Cobras beginning the final term one point ahead on the scoreboard. Aaron Downie and Theo Ralph both kicked two each while Hugh Clancey was named best on in an interesting week for Hawthorn as they officially announced their new coach, Mark Murray. Steven Pimm (4) was Canterbury’s only multiple-goalscorer as James Mreulje took top honours in the losing side, who sit just outside the 4 by percentage.