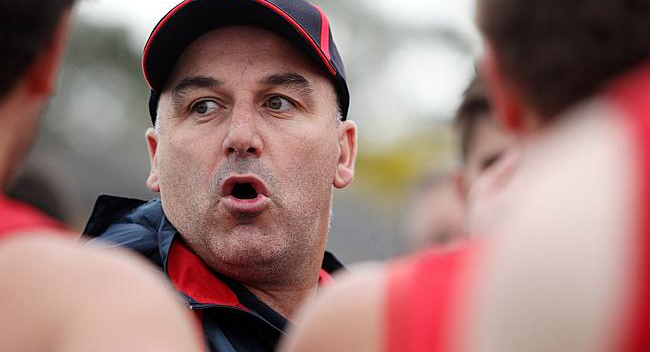 Essendon premiership player, David Calthorpe, will return to PEGS FC in 2021 after he was appointed the club’s new senior coach.

Making the announcement via social media, the club said, “Dave is very excited to be working with the young school talent and will look to get the most out of the group as it strives to get back to Premier C”.

“Dave has over 20 years coaching experience, including coaching the club in 2005 where he took the club to within a few goals of a grand final in Premier B and in 2006 he gained a role at Essendon as its football manager.

“In more recent times David has been part of St Kevin’s coaching team where they have sustained A grade premier success.”

Calthorpe played 114 AFL games with the Bombers (92), Brisbane (9) and North Melbourne (13) throughout the 1990’s and reached the heights of premiership success when the Bombers defeated Carlton in 1993.

He also won the E.J. Whitten Medal as Victoria’ best player in his first State of Origin match against South Australia in 1994.

Calthorpe replaces premiership coach and VAFA Coach of the Year, Dane Pound, after he announced his departure last year.