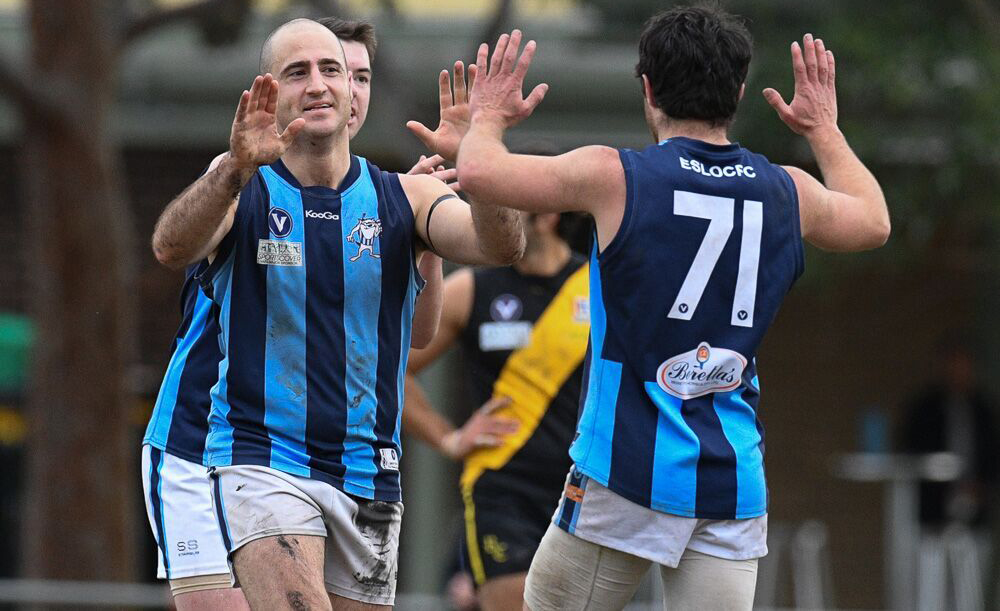 In the First Semi-Final, Peninsula OB impressed in their 44-point win over Kew at Elsternwick Park. The Pirates came out with intent early in the match, booting three goals in the opening term to the Bears two behinds, but in the second quarter Kew hit back with three goals to two to get within nine points of the Pirates at the main break. With George Fletcher and Stefan Barbour leading the way with three goals apiece, the Pirates intensity went up to a whole new level in the latter half as they piled on seven goals whilst keeping the Bears to just one. Ned Waters was Kew’s best on ground for the afternoon, while Peninsula’s Jordan Pomeroy took the accolate for the winners. The Pirates will need to be on their A-game heading into next weekend’s Preliminary Final against a Vultures side that will not want to go out in straight sets.

We expected a close encounter in our First Semi-Final between MHSOB and Glen Eira in Division 2, and that’s what we got. It was the Unicorns who took the chocolates in this “do or die clash”, narrowly defeating the Gryphons by 12 points at Trevor Barker Oval. Hardly anything separated the teams on the scoreboard with, with Glen Eira claiming a seven-point opening quarter buffer, before scores levelled out at the half, then MHSOB had a three-point ascendancy at the last change of ends. In the final term, MHSOB kicked the crucial and only goal in the final term to snatch the gritty win and progress through to the Preliminary Final against yesterday’s defeated side – Brunswick NOBS. Ashan Wijayakumura was the difference up forward for the Unicorns with two goals, and was named best accordingly. Chad Kadish was judged best afield for the defeated Glen Eira.

Emmaus St Leos was simply too good for Canterbury in first Semi-Final in Division 3, winning by 30 points at Whitefriars College Oval. The Cobras led at the first break, but this was the only time they led as the Animals kicked into gear from the second quarter onwards with 12 goals to the Cobras four. This dominant performance from the Animals was steered by the significant contribution from Jesse Collins (3) and Matt Hill (3), with the former named BOG in the process. The Cobras Martin Astbury was a star up forward with four majors, while teammate Rohan Walmsley stood tall in defeat. The Animals will now prepare for a Preliminary Final clash against minor premiers, Manningham Cobras, next week.

A 6.3 to 1.3 opening term from Elsternwick saw them set up their convincing 52-point victory over La Trobe University in Division 4’s first Semi-Final at Coburg City Oval, progressing through to next week’s Preliminary Final in the process. The Wickers played consistently well for the following three quarters, adding to their already comfortable lead as they held the Trobers to just three goals for the entire match while scoring 12 of their own. Elsternwick’s Julian Yeatman was the main target up forward with four goals and Lachlan Lloyd was the BOG. Andy Castles was adjudged best afield for the Trobers. The win for the Wickers means they will play-off against Albert Park for a place in the Grand Final next week.