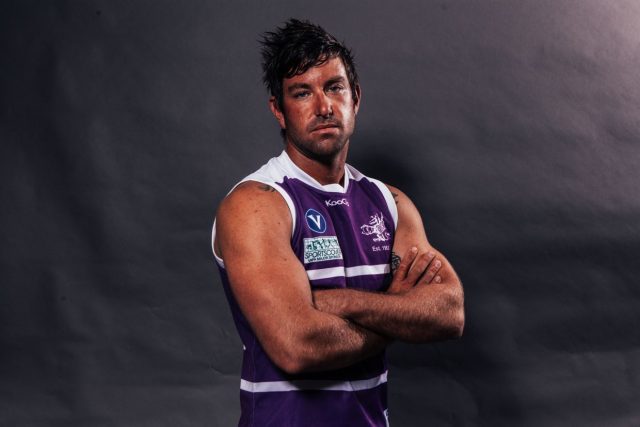 Surprise, surprise. Round 12 has produced two massive upsets to leave pundits across Division 1 completely clueless. Old Paradians and Prahran-Assumption have spiced up the race to avoid relegation by toppling finals aspirants Therry Penola and Ivanhoe. While only eight points separate top of the ladder from sixth. With only six rounds remaining it is possibilities galore.

Old Geelong surged to second place with a percentage-boosting win over Brunswick NOBSPC. NOBs now sit precariously in the relegation zone and last position with a percentage of 57.64. The bye has come at a good time for the boys from Brunswick, they now have two weeks to lock and load and prepare for the final six rounds. Out at Gillon Oval it was goals galore for the Ogs as they rammed home 26 majors in an irresistible display. George Burbury was the main culprit with six goals, Ryan Parsons was best on ground with a display that featured a bag of five and Hamish Guthrie was everywhere. Cam Fox and Daniel Carew did their best to stop the rot for NOBs.

The match of the round lived up to expectations for the most part as Old Mentonians ran over the top of St Mary’s Salesian to reclaim their throne as the team to beat and top spot on the ladder. In a topsy-turvy encounter it was the Panthers who took the points as they finished with seven goals in the final term to run away victorious by 36 points in Justin Costello’s 250th appearance. The Saints led by 20 at quarter time, only to lose each of the remaining quarters and force themselves outside of the top four. Darcy Brown (three goals) was the main target up forward as he has been for most of the season for the Panthers, while Tim Wilton and Aaron Hodges had the sherrin on a string all day. Saint Ben Andrews was prolific with four majors and Stefan Gusts continued his good form by chiming in with three.

Old Paradians provided the greatest upset of the round and possibly the season by demolishing a lack-lustre Therry Penola to the tune of 71 points. The Raiders extended their lead at every break and were simply far too good for the Lions, who missed a grand opportunity to move to equal top of the ladder. The win made it three in a row for the Raiders who have completed a stunning mid-season renaissance and should now be confident of competing in Division 1 in 2017. Adam Pattison was back this week to join in on the act as he provided four majors in a masterful performance. Marcus Nolan, Michael Boundy and Brendan Moylan (three goals each) were all amongst the best. For Therry, Jake Butson was the sole multiple goal scorer with two and Hamish Donohue held his own in what was a disastrous day for his side.

Prahran-Assumption was also able to produce a major upset against Ivanhoe and keep the dream of avoiding relegation alive. The Two-Blues got the jump on their opponents with nine first half goals and were able to restrict the Hoes to a miserly two goals. Ivanhoe were able to mount a slight comeback in the third to get within 22-points but were ultimately overrun by a Prahran-Assumption side that played with an enormous level of pride. The Hoes were back to their inconsistent ways and now sit outside the four by four points. Jon Simonetta and Joseph Slattery were prominent up forward for the Two-Blues with three each and Trent Rogers produced an eye-catching displayed which featured two of his own. Mitch Lovell and Reuben Blackmore-Moore tried their best to mount a comeback for the Hoes but didn’t have nearly as much support as they’ve had in recent weeks.

PEGS found themselves back on the winners list with a relatively comfortable win over Whitefriars. The boys from the Runway led at each interval and if not for a strong last quarter from the Friars it could’ve been a far greater final margin than the 35-point final buffer. PEGS now just sit inside the four. Trent Skurrie was dynamite with a monster haul of eight goals, Jackson Young helped himself to five and David Forrest was one of the best in his second senior appearance for the season. Kieran Hayes (three goals) was one of four multiple goal scorers for the Friars who continue to remain competitive against strong opposition.

It’s almost come to the situation where you may as well toss a coin and hope for the best when it comes to Division 1 tipping. However, we shall push through and do our utmost to provide some educated guesses. Round 13 once again features a number of blockbuster fixtures with a number of top four aspirants going head-head-head. Therry Penola and St Mary’s Salesian are set to lock horns after both recording bitterly disappointing losses. I’m backing the Lions to bounce back and prove that the Lions Den truly is a fortress. Old Mentonians will have their hands full against a strong PEGS outfit but should do enough to maintain top spot at home. Ivanhoe simply need to do the business against Brunswick NOBSPC if they are any chance to push for finals. Old Paradians are set to continue their mid-season revival against the Friars and Old Geelong should be too strong for the Two-Blues.