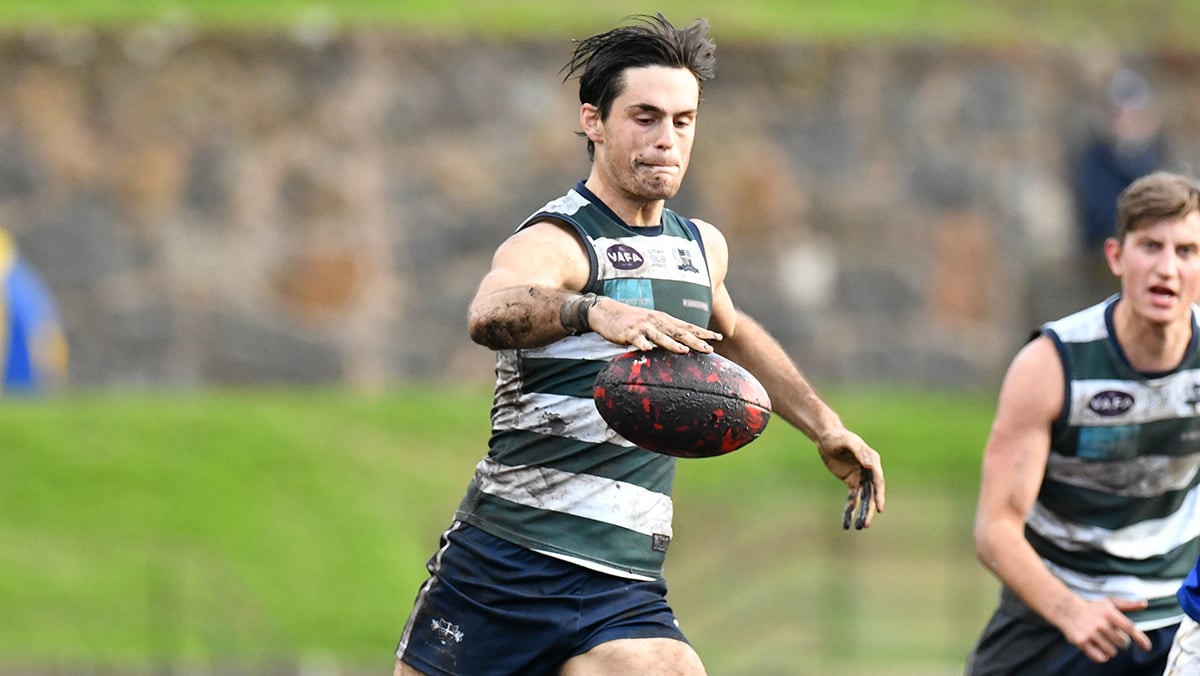 The smell of football is in the air, and excitement continues to brew as the long, long, long wait for Premier C football comes closer and closer.

After a heartbreaking 2018 finals campaign, Williamstown CYMS turned it all around and brought home the chocolates in 2019 – beating a red-hot Ajax (who had won nine games on the trot) by 18 points. We wish both teams the best as they pursue glory in Premier B.

On the other side of the table, an undermanned PEGS side could not get over the hump and leave the Premier sections after two years. Old Camberwell has been a Premier C staple for over a decade now and the Wellers are poised to do some damage in Division 1 this year.

Now on to the season preview.

Hampton Rovers struggled in their first year back in the Premier sections finishing 8th with a 6-11-1 record. Despite this, there is plenty of hope entering 2021. With Christian Carnovale fit and healthy, and returning quality in Benji Auggie, Chris Perkins and Cam Morris, Boss James Reserve is set to see more wins in 2021.

Marcellin looks to enter 2021 with a band of quality youngsters including Josh Atwell, Daniel Di Paola and Will Campitelli. The big inclusion for the Eagles is Jordan Perry who looks to make a strong impression on Premier C after playing some strong footy for years in the NFNL’s Division 1. The Eagles may be a force once again in the section.

In their first year back in Premier C, the Nodders saw a strong end to the season fall just short of a finals berth. Joshua Muling and Mitchel D’Angelo will keep Mazenod more than competitive this year as they enter 2021 with a relatively unchanged list.

Relegated on percentage is a hard way to finish your first season in Premier B, however, the Oggers have proved they have the talent and the coaching – with former OM’s coach Nathan Brown taking his expertise to Como Park – to succeed in Premier C. Scott Dixon and John Simson look to improve their strong years in Premier B, and new recruits Nick Anstey and Alex Money look to show their strength in 2021. The Oggers are likely to be a real contender.

After losing by only 10 points to eventual runners-up, Ajax, in the 2019 semi-final, Old Ivanhoe are ready to show their strength in 2021. Key additions in Jaryd Robertson, Chris Richards and Luke Velluto (all SBMT) have bolstered a list already sprinkled with talent. Look for Mal Mitris to ensure Old Ivanhoe is a premiership favourite this year.

Mentone finished two games off finals in 2019 and is hopeful to take that next step in 2021. While Mentone has lost a few players interstate, most notably Lachlan Boyd, the Panthers have retained Billy Chapman and Comrey Edgeworth who will be aided by the assistance of star recruit Lachlan Mirams (SBMT). There is plenty of young and exciting talent that should see Old Mentone in the mix this season.

The Monders were heartbroken to have been knocked out in straight sets after such a promising first season back in Premier C. However, 2021 looks to be another one where Ormond should create more than intrigue. While the Monders lost Big V B-D4 representative, Blair Atkins, new coach Greg Hoskin has been able to recruit two-time AFL premiership player Matt Suckling. The Buckleys and Hines headline a very strong core group that has been further bolstered by returning key position player Tim Allan. The Monders look to take that step that eluded them in 2019 and they looked poised to do so.

The Bullants enter the Premier sections for the first time in their history after securing a fourth premiership in seven seasons. With several returning players who missed the 2019 flag, back-to-back LS Pepper Medal winner, Sean Calcedo, and key additions in Sam Baker (Fitzroy), Damian Galofaro (Northcote Park) and Ben Irving (Heidelberg), Preston are one to watch in 2021.

UHS-VU  UHS-VU has entered the Premier divisions for the first time since 1977. 2019 saw the Vultures fall 10 points short of a three-peat, and the team will now try for four straight promotions. Tom Rocke (St Bernard’s) and Kane Moroney (Goulburn Valley) provide plenty of excitement, however, the loss of significant talent in Brandon Jackson, Tom Waters and Nick Devereux leaves UHS-VU as the ultimate unknown in 2021.