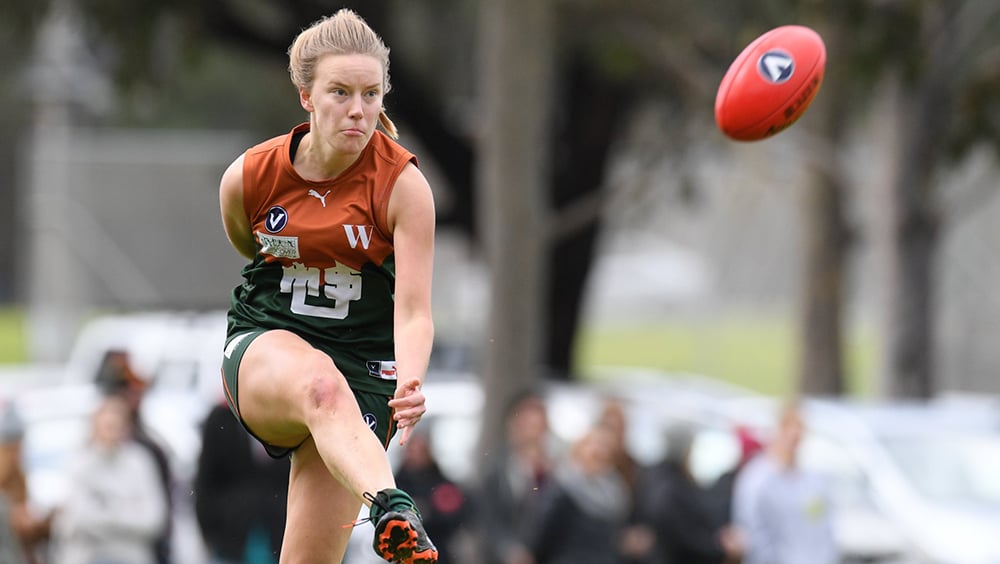 Ivanhoe need to get the chocolates in this one if they are to keep in touch with the top 4. UHS-VU on the other hand is in 3rd and would want to lock in a top 2 spot. They will head in as favourites as in-form forward, Madeline Hince, who’s averaging four goals per game, will look to continue her unreal form, as Ivanhoe will no doubt come out with an incredible fighting spirit. Emily Jane Johnson will be Ivanhoe’s key as she will look to add to her tally of six for the year. The last time these two sides met was back in round 3 where UHS-VU got home comfortably by 30 points.

The Snakes are still hunting their first win of the season. Although, this game will be their biggest test yet as Aquinas have only lost the one game for the season so far. Aquinas will be looking to continue their great year as they sit comfortably as flag favourites at this point in time. Stefanie Talarico will be the Snakes key as she’s kicked two of their four goals for the year so far. For Aquinas, Laura McHugh is averaging two goals per game. McHugh, amongst a handful of other forwards will prove to be a handful for the Snakes defence as they’ve been for all the other sides in the competition. Last time these two met, it was Aquinas who thrashed the Snakes by an even 100 points.

The Tigers continue their charge for a top 2 spot on the ladder when they host the Renegades. Brunswick, similar to Ivanhoe, have to keep winning if they want to stay in touch with the top 4. Ina Brodahl and Rebekah Halprin are both averaging a goal per game and have been dangerous all season for the Tigers. For the Renegades, they will turn to the likes of Kelly Dungate, Emily Taylor, Jessica Brown and Nolene Kingi for a collective effort to break through the sturdy Tigers defence. This shapes to be a good contest.

Mazenod are teetering on the edge of the top 4 at the current time and must keep winning to avoid slipping out of contention for finals footy. They will face a North Brunswick side that will be fresh off a couple of weeks off and raring to go. Adele Kerley and Lara Del Conte are both averaging at least a goal per game for Mazenod and have been a deadly duo all season. For the Bulls, Andrea Standen is their only multiple goalkicker for the season and they will be hoping she can stand up in their hunt for their second win of the year. Their last meeting was in Round 1 where the Bulls were held goalless and Mazenod ran away with a 51-point win.