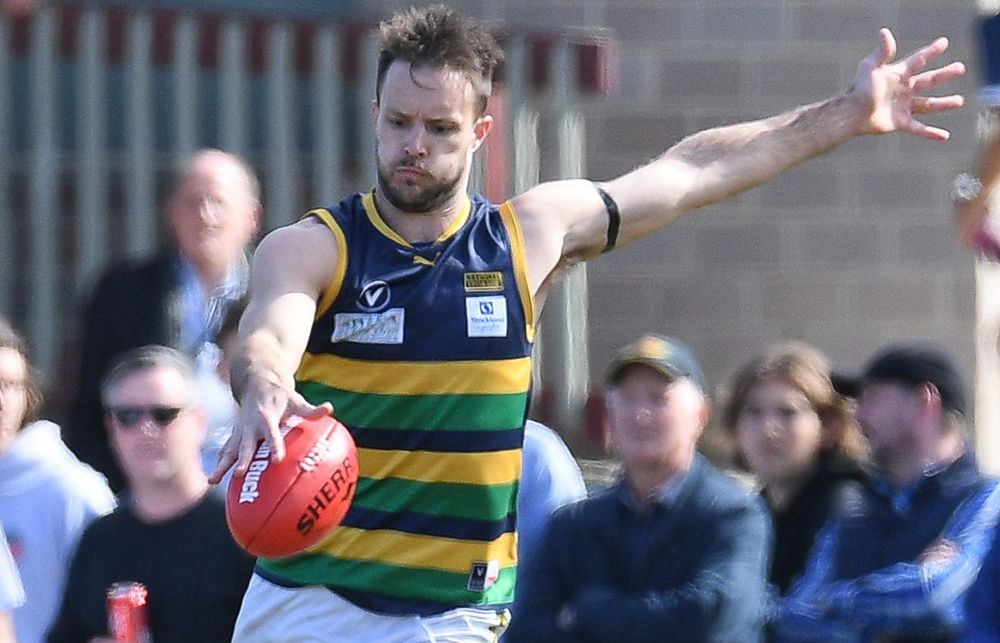 Ending their two-game skid in Round 17 was St Kevin’s OB as they took down Old Carey by 99 points at TH King Oval. Much like the Tonners and OM’s, SKOB built their lead in a brutal first term, piling on seven goals to none to take a comfortable 47-point lead into quarter time. Jarrad Waite ended the day with another bag of six goals, his second for the year, while Billy Lloyd led a crew of SKOB’s to gather 30 touches or more with 35 in the victory. Marc Lock had 28 for the Panthers in another tough day at the office

Refusing to rule themselves out of William Buck Premier September action was Old Brighton as they put Old Xaverians to the sword by 60 points at Brighton Beach Oval. A blistering first-quarter from the Tonners saw them take a 51-point lead into the first change, a lead they’d only build on as the day progressed. Nic Pavlou was once again outstanding for Brighton with 30 disposals, three majors and 14 inside-50s, while Levi Otto also bagged himself three goals. Matt Merlo gathered 30 touches for Xavs, while Michael Batten kicked three.

A second half blitz from University Blues has seen them move another step towards locking up the minor premiership as they put Old Trinity to the sword by 70-points at Daley Oval. Eight different Blues registered over 20 touches, with Cam O’Shea accumulating 28 and Dan Batarilo having 24 with three majors, to help their side to their 7th consecutive victory. The T’s were led by Alex Polidoros who booted four, while Jack Hunt had 23 touches in the defeat.

Thanks to a brilliant first term that saw them take a 46-0 lead into the opening huddle, Old Melburnians made it their second win in a row as they took down St Bernard’s by 39 points at Elsternwick Park. A six-goal haul from Al Armstrong, including three in the opening term, was the main difference for the OM’s as they sped past a lacklustre Snow Dogs outfit. Josh Freezer gathered 29 touches for the victors while Bernard’s were led by Harrison Kennedy and his 31 disposals.

Keeping their noses ahead in the race for fourth was Old Collegians as they made light-work of De La Salle in a 104-point win at Harry Trott. Julian Eimutis had four for the Lions while Viv Michie, Frederick Sullivan and Taylor Hunt all gathered over 30 disposals in the siren-to-siren victory – enough to gain 8.75% and surpass the Tonners’ 115.56%. Ryan O’Meara led De La with 26 disposals, who will now face off with Trinity in Round 18, with the defeated facing relegation to Premier B for 2020.